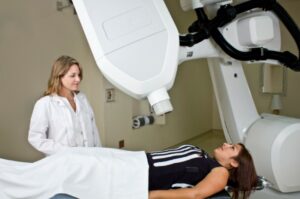 Cancer is a disease that continues to impact the masses each and every year. According to a recent study released it is estimated that about 564,800 Americans alone will die of cancer this year. That equates to over 1,500 people a day. If that’s not mind boggling in itself cancer is also the second leading cause of death in America behind heart disease. Additionally, 1 in 4 deaths throughout the country occur at the hands of cancer. While these statistics are startling there is still a sense of hope throughout our community because a cancer diagnosis does not have to be a death sentence here are just a few ways in which cancer can be treated.

The one thing that sets chemotherapy apart from all other types of cancer treatments is that chemo can work throughout your entire body. It also has the ability to kill cancer cells that have spread throughout your body which can be very far away from where your original tumor was found.

Cancer Surgery is most often referred to as debunking. It is the idea that sometimes surgeons are unable to get rid of the entire tumor that has been found or actually removing the tumor may cause more harm to the body. In these cases, surgery is generally a method that is available in order to remove as much of the tumor as possible. While cancer is not 100% effective there are ways in which you can make sure a second surgery is not needed.

Radiation is often times used in tangent with surgery, like chemotherapy it is another common treatment for cancer. Radiation works much differently than chemo therapy because it uses high energy particles in order to destroy or damage cancer cells. Radiation is often also referred to as radiotherapy and or x-ray therapy.

Also known as bone marrow transplant. A stem cell transplant is a procedure that infuses those blood stem cells that are healthy into your body in order to adequately replace your damaged cells with good cells.

Precision medicine is a phrase that is often used in order to adequately describe how genetic information is used to diagnose or treat a disease. Because cancer is a disease that is associated with genes, we are learning more and that each tumor within our body has it’s own set of genetic changes. Because of this precision medicine is used to identify specifically targeted treatments for each individual’s cancer case.

While there is still a lot of research to be done in the world of cancer treatment one can be rest assured that just because they receive a cancer diagnosis that does not mean it’s the end of the world. In fact, due to changes in modern medicine many are outliving their cancer sentences at increasingly higher rates. According to recent studies people are living much longer after being diagnosed with cancer than ever before. In fact, according to recent reports mortality rates have decreased by about 10 percent in seven years.

Have you recently been diagnosed with cancer or know someone who has? What treatments have you found to be effective in the treatment of the disease? Leave your comments below.