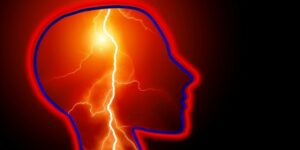 Although testosterone is widely known as the primary male sex hormone, female bodies need it in smaller quantities as well, in order to remain healthy. The hormone is known to play an important role in human physiology in what concerns the proper functioning of the brain, the health and growth of both muscles and bones, as well as in the maintenance of appropriate levels of energy. Moreover, testosterone in humans is fundamentally associated with libido and well-being. It is medically proven that an abnormally low or high level of the testosterone has adverse effects on all of these aspects of human physiology, and that such irregularities are, therefore, guaranteed to have meaningful repercussions in one’s life.

Here are 4 of the most common and widespread factors that can impact testosterone levels in people.

Several studies have already proven that exposure to low frequency EMFs (electro-magnetic fields) or EMW (electro-magnetic waves) such as the ones emitted by cellular phones, are responsible for significantly lowering serum testosterone and sperm motility. These radiations have been related to erectile dysfunction in adult animal and human males. Nevertheless, the total time of exposure to EMW is more impactful than short durations of intense exposure during phone calls, which indicates that it’s perfectly safe to use one’s phone as intended, i.e. for communication only.

Even more dangerous than simple EMW exposure is coming in contact with the EMFs generated by radio wireless local area networking appliances such as Wi-Fi and Bluetooth devices. Long-term exposure to the latter two is so hazardous that manufacturers include safety specifications in their manuals, whereas medical researchers refer to it as a major threat to human health. The most wide-spread effect of proximity to Wi-Fis include: decreased levels of testosterone leading to lowered testis size, male infertility, decreased quality of- and damage to sperm, oxidative stress, cellular DNA damage, and a multitude of neuropsychiatric changes in babies following pre-natal Wi-Fi exposure. The fact that Wi-Fi devices using the 2.4 Ghz band were found to actively modify the structure of embryonic stem cells means that these microwave frequency EMFs are exponentially more harmful to children.

Following Wi-Fi and cell phones, there are several categories of substances that populate our contemporary environment which were identified by medical associations as endocrine disruptors (EDS) or endocrine-disrupting chemicals (EDC). Perhaps the most common EDCs are bisphenol A (BPA) and phthalates, both of which are used in the production of an immense array of plastic products intended for human use. Present in items ranging from cosmetics and personal care products to toys, food packaging and wraps (including plastic bottles, casseroles, etc.), PVC plastics, detergents, or plastic cutlery, phthalates and BPAs can enter the human body through ingestion, inhalation, and skin contact.

In humans, these EDCs were not only linked with lower levels of testosterone, but also with a general disruption of the human endocrine system, which immediately manifested itself in significant behavioural changes. BPAs and phthalates were repeatedly and considerably revealed to impact social well-being, the ability to attract potential mates, reproduction, parental behaviour, as well as general well-being, among others. Current studies indicate that the full effects of such chemicals, mostly present in plastic products, are yet to be experienced since their outcome can also be felt at a transgenerational level, both indirectly (through parental behaviour) and directly (through contact) in current and future generations of infants.

Fragmented sleep or sleep deprivation is the next major reason for low testosterone levels in today’s world. Disruption of the normal, human circadian rhythm is quite widespread at this point, especially given the ever-increasing amount of available stimuli, on the one hand, and irregular work patterns, on the other. Studies on the U.S. population have already determined that more than 20% of adults undergo less than optimal sleep time per night.

In men, prior to rapid eye movement (REM) sleep episodes, the body commonly experiences elevated levels of serum testosterone. It has been shown that if no REM sleep occurs, there is no nocturnal rise of testosterone, which leads to overall lower serum testosterone the following day. Furthermore, a single night of sleep deprivation was associated with insulin sensitivity, a fundamental symptom of diabetes and several other metabolic disorders. Lower insulin sensitivity is associated with adverse metabolic profiles, including lower testosterone, which is likely to trigger a domino-effect in the following days in terms of lowering both night- and day-time serum testosterone.

Last, but definitely not least, cortisol can be a severe testosterone killer. In appropriate physiological responses, cortisol can stimulate our bodies and minds to be more responsive and alert, such as before an important test or competition, without impacting testosterone in any way. This was verified by research on subjects during and after physical exercise, where cortisol levels and responses were within normal ranges.

However, prolonged exposure to stress factors can turn this beneficial adrenal response into a maladaptive process. It’s been hypothesized that, when cortisol levels reach approximately 160% of their average value, the normal response of the human body turns into a silent killer and begins to damage us. Preventing muscle growth, inappropriate immune responses (which exposes us to a host of diseases and infections), but also lower libido and reproductive functions are just the tip of the iceberg. Considering the overall increase in the number of stressors in our environment, cortisol can easily become the principal reason of lower testosterone.

Testosterone is an important hormone for maintaining the health and well-being of both women and men. This article has covered some of the most important testosterone killers that are commonly associated with or present in our lives today, elements that often exert their influence upon our bodies and minds without us necessarily being aware of what’s going on. The hectic, fast-paced lives we are often forced into take their toll on our bodies not only through direct pressure, but also by preventing us from being mindful of the threats we expose ourselves to.

From excessive cell phone use and Wi-Fi proximity, to noxious chemicals in the plastic items that populate our homes, sleep deprivation, and prolonged exposure to stress, these 4 silent testosterone killers are often accompanied by other elements and processes that further disturb our inner balance. The physiological changes that our bodies undergo are equally reflected in our thoughts and emotions, a feedback loop which has the potential to turn into a vicious circle quite easily. For the physical and mental health of ourselves, but also our loved ones, it is imperative to acknowledge such threats and deal with them before they become an issue in the first place.