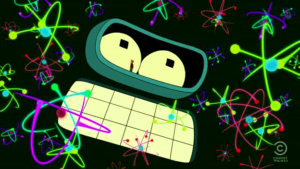 The gaming platform has sure come a long way from the good old days of Nintendo. Today, thanks to cutting edge technology, video games allow us to experience photo-realistic worlds and make-believe situations. Games like Fallout4 and the Grand Theft series keep us engaged with their fantastic visuals and AI integrated (artificial intelligence) features. Read on to know more about how video games can help AI frameworks get better, quicker.

Why Is AI The Next Big Thing?

AI or Artificial Intelligence is a futuristic technology dealing with enhancing the versatility and overall functionality of machines. The technology allows computers to be more perceptive and powerful. Using video games for recreating realistic images is a time saving and cost efficient process adopted by many leading companies.

Where Does The AI Interface Fit In?

The gaming world is ruled by realistic graphics and top notch features that allow great flexibility and agility of action. In fact, video games have become so realistic that scientists are actually using the gaming platform to develop AI and associated technologies.

Studies have shown how AI analysts are using video games to teach computers how to identify real-life objects and enhance their efficiency tenfold. Mark Schmidt, the computer science professor at the University of British Columbia (UBC) explains the concept better. ‘In the original Doom video game, all walls looked the same, which is not how it is in reality.’ Today, video game visuals are much more realistic, which makes them useful feed for AI training.

How Does It Work?

Professor Schmidt collaborates on a technique that allows computers to collect and analyze a large set of data such as photographs of everyday objects, geo-locations, and climate to predict and create a make-believe world. For instance, traditional games such as Cityscapes and CamVid are known for their high-tech graphics capturing the exotic locations of Europe. Therefore the AI develops according to the local topography. Video games help AI researchers label and classify images faster on the basis of their position.

The recent developments in the gaming industry have helped further the interests of the AI platform as well. With their pre-installed 3D visuals and extensive information, games such as Grand Theft Auto and Hitman can be used to help AI frameworks grow more intelligent quicker than real world datasets can achieve.

How to Secure Yourself When Dating Online