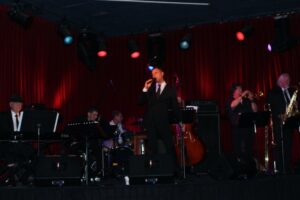 2019 has been a very good year for recording artist Josh Pfeiffer. The California based singer, songwriter, and music producer recently released his latest single, and music video entitled ‘One More Time’ on November 17th, 2018.

So far in 2019, the single has gone on to reach various music charts in the United States, Canada, United Kingdom, and most recently peaking at #2 overall on the Netherlands iTunes Top 100 on May 7th, 2019. The song also reached #1 on the more specific Netherlands iTunes Country music genre chart.

The song, written and co produced by Pfeiffer, is the artists first release in the country music genre and features Nashville youtube sensation Shawn Tubbs on peddle steel guitar. Pfeiffer’s regular collaborative team of musicians rounds out the rest of the credits, including David Hawkes on drums, Kevin Jachetta on piano, and David Schram on bass, ukulele, and rhythm guitar. David Schram who wrote and co produced Pfeiffer’s previous single ‘Brand New Shoes’ is also credited as co producer on ‘One More Time’.

Also worthy of noting is that ‘One More Time’ was one of the last projects recorded at the legendary Fantasy Studios in Berkeley, California before it shuttered it’s doors September 15th 2018. The studio opened in 1971 and is known for its recordings of award-winning albums such as Journey‘s Escape and Green Day‘s Dookie. The single was engineered and mixed by Adam Munoz, and mastered by Ken Lee.

The music video was directed by five time Emmy Award winner Alejandro Guimoye and features Josh’s wife Tara Pfeiffer in the lead role. This marks the third collaboration between Pfeiffer and Guimoye, following up the critically acclaimed video productions of ‘Life’, and ‘Brand New Shoes’.

Later this year Josh is tentatively scheduled to release his next single entitled ‘Dancing Girl’ feat. Mic Gillette and Shawn Tubbs. The song is the final project that the late great brass player Mic Gillette and Pfeiffer collaborated on together. Gillette originally found fame as a founding member of the funk band Tower Of Power, and toured with Santana, and the Rolling Stones among others.

Pfeiffer is just of many indie, and small record label artists who are finding success internationally through social media and online marketing. It is a recent trend that continues to inspire up and coming artists who are dreaming of finding success on a larger stage. Thanks to the internet and online retailers like iTunes, Amazon, Spotify etc. as well as social media platforms like Instagram, Facebook, and Twitter, the entire global market has now become that larger stage. And what a stage it is.

How to Build Resilient Teams

Which Industries are Most Vulnerable to Frauds?