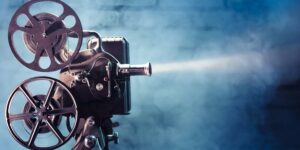 When Bahubali 2 went on to make a business of 50 billion Indian Rupees, it had everyone buzzing because the origin of the movie was Kollywood (the Tamil movie industry in India), not Hindi. When such Tamil Cinema News is combined with negative news which goes on to show how solely Tamil cinemas are shutting down because of lack of government interest in them or because they do not have enough finances, a person gets confused as to how exactly this industry is boosting.

There are a few factors considering which you can arrive at the conclusion that the industry is indeed boosting and still has a lot of prospect in the country.

Coming back to Bahubali 2, how many of you readers honestly new that the origin of the movie was Tamil and not standard Hollywood? The answer will be quite surprising, which is exactly how industries boom; subconsciously they start taking over a considerable portion of audiences. Then whether the audience is exactly aware of what it is engaging in or not is not exactly the concern of the industry as long as it pays up handsomely.

The Bollywood and Kollywood factions of India have blended in so well at this point that for many average watchers and specially those who live abroad it has become really difficult to differentiate where the movie originated from, and being the smaller industry it is a great boosting prospect for Kollywood.

Tamil movies have always followed concepts that have either been way ahead of our time or too superficial at times for the human mind to be able to fully interpret them. But these swift and far from traditional ideas are exactly what make the industry boost even more. For the regular ideas with their pattern of the flow of movies set, Bollywood movies sometimes tend to get repetitive even after new releases and it is a good step to change to the Tamil medium for a change.

Another reason is that generally for people living abroad the way Tamil movies work is very entertaining because they are not aware of the way this society builds up superstars and what they creators think when they come up with their story lines. All these factors add up to the growing popularity of the cinema among people who do not have the first clue about speaking Tamil.

The people in India have this great option of switching around two local globally popular cinemas within their countries, an advantage that does not exist in most countries out there. Considering the population of India and the rise in standard of living, it comes as no surprise that people wish to try new concepts out, and taking a shift to this industry is actually a step many Indians take every year, making the boosting prospects shine bright.

The question is whether this industry can keep up producing love able and competitive movies for the upcoming days to be. For now, however, the industry seems quite secured with a number of released lined up.

Top 5 Questions You Must Ask Your Babysitter before Hiring