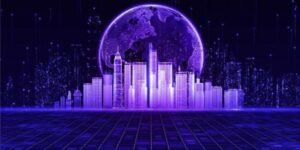 Bobby Kotick has been the CEO of Activision Blizzard for 31 years. He’s guided the company through the evolution of games and gaming platforms for decades and now he has his sights set on making Activision’s mark on the metaverse. Kotick says he “is certain that our incredible talent and extraordinary games combined with Activision Blizzard’s shared commitment to the very best workplace will enable us to grow in an increasingly more competitive race for leadership as gaming through the metaverse evolves.”

Making Sense of the Metaverse

The metaverse is shaping up to be the future of not just the video game industry but also the entire internet. If you’re confused about what the metaverse is, it may help to think of it as not referring to any specific type of technology but more to a change in how we interact with technology.

The technologies that comprise the metaverse include virtual reality (VR), a virtual world that continues to exist even when you’re not playing a game, and augmented reality (AR), which blends aspects of both the physical and digital worlds. It’s also expected to be a vital component of the digital economy because users or players can buy, create, and sell goods that only exist in the metaverse. Bobby Kotick’s World of Warcraft has been participating in augmented reality for years as players can sell or buy goods. And Fortnite, which was developed by Epic Games, also hosts virtual concerts and exhibits.

“I could not be more appreciative of your efforts, focus, and dedication to connecting the world through fun and joy. And I am incredibly proud of this company and the work we have done together,” Bobby Kotick told all the employees in a companywide message after Microsoft confirmed it was attempting to buy out Activision Blizzard through a $68.7 billion all-cash deal. “Now it is on to the next chapter and the endless possibilities the transaction represents for all of us at Activision.”

Kotick says, “For the last 31 years, we have continuously shaped gaming through our commitment to deliver fun, joy, and the thrill of accomplishment.” He pointed out that Blizzard Activision has played a crucial part in transforming games into social experiences. “And our games have enabled our players to discover purpose through entertainment,” notes Kotick. “By doing so, we have created and entertained communities of hundreds of millions of players.”

Kotick is confident the talent at Activision Blizzard will thrive in the metaverse. “We have always attracted the very best game makers and built the best games, seizing the opportunity with inspiration, passion, determination, and focus,” he says. “As investments in cloud computing, data analytics, AI [artificial intelligence] and machine learning — and user interface and experience capabilities — are becoming more competitive, so we believe this partnership will better enable our ambitions.”

Bobby Kotick on the Importance of Connecting Gaming Communities

“Established and emerging competitors see the opportunities for virtual worlds filled with professionally produced content [connected with] user-generated content and rich social connections,” explains Activision CEO Bobby Kotick. So, connecting all of the gaming platforms could be the ultimate goal to benefit gamers around the globe. “The next step is to bring together communities with ambitions for their own gaming and metaverse initiatives,” says Kotick. Those communities include Facebook, NetEase, Apple, Sony, Google, Tencent, Disney, and Amazon.

Why You Should Consider Chiropractic Treatment After Car Accidents?