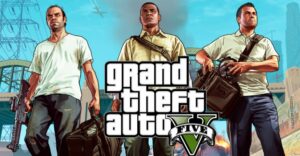 GTA 5 has gained immense popularity since its release in 2013. The fact that it features in top five best selling video games of all time, is indicative of the quality of its gameplay. Many of them would soon give up on the game after completing the story mode but there is much more to it.

Playing the game online is a pretty good idea. Once you have exploited it to the fullest using GTA 5 money hack and other strategies, it is time to experience a whole new level of adventure on the online mode. Here is why you shouldn’t let the game pass by:

The feeling is unexplainable when you complete a mission and blow your earnings on new car upgrades. When we talk about multiplayer gaming, you have to stand out especially in GTA 5 online. Fortunately, there is a pretty of stuff you can buy in the game and it never feels like you are running out of things. The online mode is designed to make you feel rewarded for the things you do so it gives you something to look forward to.

One good thing about GTA 5 online is that the missions are diverse. From getting simple ones to getting difficult missions which requires teamwork, the game has got it all. You will need pre-planning to make successful executions. Development of strategies is part of the game. This adds an extra exciting element to the game. Nothing can be more satisfying than seeing your plan work out.

The gaming franchise has developed at an unprecedented rate. Just few years back, the game used to take a long time to load up. It seemed like spending more time on loading screens than actually playing. It is much less painful now. The hassle is acceptable now.

GTA 5 online can accommodate up to 30 players in one session at a time. This makes the free roam even more unpredictable. You will never know who you come across whether it is a hacker or a new accomplice. More players even increases the room for more possibilities.

Developers are doing a great job by upgrading the game on seasonal basis. They often introduce new upgrades on real life occasions. For example, new clothing and home decoration was added on Christmas. Special weapons and vehicle upgrades were added. These new little touches show how dedicated Rockstar is towards the game.

GTA 5 surely sparked a sense of interest in gamers all over the world. Since 2013, it has sold over 60 million copies which is a large amount. The online mode is continuing to develop more interest. The reasons listed above were just a few of them. You will get to know about it once you play the game yourself. Each one has its own preferences regarding a particular game, but when it comes to GTA 5, I am sure it is something exceptional.

Six Tips To Make Your Hair Healthy And Strong

The Emerging Side of Autonomous Ships