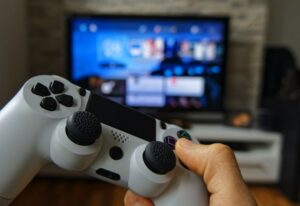 The gaming industry is developing at an unprecedented rate, and similarly in 2017, there are tons of video games coming out. Many of them are being released from the Western side; however, amazing titles are coming out of Japan as well. Regardless of the origin, gamers will receive unimaginable surprises this year with a wide range of games.

Let’s take a look at the top video games of 2017 recommended for all gamers:

The Halo franchise has already gained immense popularity in the past several years. Similarly, Halo Wars 2 received amazing hype being a real-time strategy game. Anyone who loved Command & Conquer will surely love this game. It is a major release, exclusive to Xbox One.

All avid gamers must be aware of the Hitman franchise. This new game was released as a series of self-contained episodes throughout 2016. These all can be enjoyed in one simple package now. All the gamers loving stealth games must watch the trailer. You can enjoy all the episodes missed in this one package. Do not miss out on this if you already are a Hitman fan.

There is very little information about the sequel in the news, but we are sure about an amazing release. The original Lords of the Fallen managed to create enough hype in the industry and we are expecting the same with this sequel.

Red Dead Redemption is considered one of the best adventure games by many ranking platforms. The long-awaited sequel is finally coming to Xbox One and PS4. We do not have enough information about the game yet, but Rockstar has never failed to impress us. This open-world game is going to bring a wave of excitement to the gaming industry.

There is a major change in the popular Resident Evil franchise. All the first-person shooter fanatics must be aware of the thrill involved, but the game has taken a different path this time. Biohazard is a first-person horror game with less shooting and more running and hiding. It is a scary game with a VR mode as well.

This game will most likely not be released in 2017, but it is expected to be. This game has raised millions in crowd funding, which is indicative of its appeal in the gaming industry. The release has already been delayed, but we are expecting it soon. The space sim has already invaded the imagination of hundreds of gamers. We can only hope for the game to be better than our expectations.

This is a DLC and a stand-alone game. You do not need to play Uncharted 4 to enjoy the Lost Legacy. The game will take a different approach, which is why it evokes a sense of curiosity in gamers. For sure, it is going to be something amazing like its earlier parts.

This is the prequel to the long-running Japanese crime game, which has already generated a lot of excitement. Obviously, every gamer will enjoy the combat, but you will have to play the game to get a better perspective of it. But one thing is for sure: the game has something special reserved for us.

Above are the top 8 videos games that have been released or are soon-to-be released in 2017. I would strongly recommend all gamers to enjoy these games to get a better gaming experience. There are obviously some other games like Call of Duty that might come out this year.

A beginner guide before starting a blog

Aspects to Consider When Building a Children-Safe Smart Home