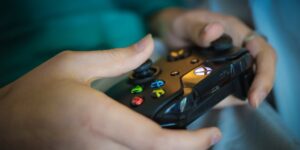 Video game gimmicks are the worst. They’re the kind of thing that will pull you out of the immersion of that specific video game and make you think long and hard about how worth it is it to continue playing. You might be better off going outside and staring at grass as far as your stress level is concerned, but pushing through the pain brought upon you by these awful gimmicks that no one likes might just allow you to find a great game behind it.

There are a lot of great games out there that despite their high quality, have stooped so low that they’ve allowed themselves to use these gimmicks that are incredibly outplayed and overused. Here are some of the worst gimmicks you can find in previously released video games and that you will be most likely able to find in upcoming titles as well.

Escort missions are a staple of filler missions in some video game franchise and you’re likely to see them in every installment that the franchise puts out. These missions require you to babysit an NPC as they make their way from point A to point B. But of course, the way there is full of danger and enemies, and it is up to you to make sure that they get to their destination safely. This doesn’t sound THAT bad, but when you add in the fact that most NPCs that you are required to escort in games are borderline brainless, things get complicated. Most of them will walk into fire range, attract attention and walk very slowly. It’s like they want to be killed or something just to spite you.

This is a stunt that developers have been pulling for a long time now. Micro transactions are small purchases that you can make inside the game. Usually it means spending real money to buy an in-game currency, which is used to then buy in-game items like weapons, clothes, armor, accessories and XP boosts. At times, games will become pretty hard to beat and for many people the possibility of buying better gear will be tempting. This is an overused trick and while many have fallen for it at its inception, today players just sigh and roll their eyes when they see this exploit being attempted by developers.

Quick time events are the bane of every action loving video game player out there. The concept behind quick time events or QTEs is as simple as it is frustrating. In a QTE, a small cutscene will be played in which your character will attempt to go through a series of actions really fast. Whether it’s jumping between buildings, dodging lethal attacks or putting other things in motion, these QTEs rely on players hitting the correct button as it is prompted on screen. If you fail, your character will stumble embarrassingly or even die. The problem players take with QTEs is that they are usually executed poorly and aren’t any fun (which is a big problem for a game). Instead of fun diversity, they only bring boring repetition that ruin the immersion.

So there you have it, these are the top gimmicks that video game companies try to pull on their fans. Despite being done for a long time now, you can still see them today, point in which you will probably want to pause the game altogether and relax with a vape juice from here for a bit on the couch before continuing, just to manage your frustration.

9 Values Every Parent Should Teach Their Children

How to Choose the Best Web Design Company