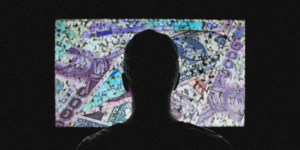 Looking at the numbers, it is safe to say that the videogames industry is doing very well and growing. I could guess that a large part of computing power, in the private sector, is used to power all kinds of games, starting from the simple Candy Crush and Angry Birds on our mobile devices, up to the more sophisticated games played on high end computers.

Just to give you an idea of what kind of numbers we are talking about, the global video games market was worth over $70 billion last year (2016), and is growing at a steady pace. Not only are developers making money, the hardware industry is also taking its fair share of the profits, with faster CPUs, graphic chips and ridiculously high resolution monitors. Even a lot of mobile phone manufacturers keep gamers in mind when developing their flagships. VR and AR are also galloping forward, ambitious to dominate the market.

Not only is the industry making good money, but playing games professionally is paying out for a lot of young enthusiasts too. It is quite common for “kids” to make over a million dollars a year.

This leaves thousands of parents around the world in a dilemma, what do you say to your kid who spends most of his time playing games?

If you want to leave your day job and start playing games for a living, here are a few tournaments that can bring some good money

How to Start a VoIP Company