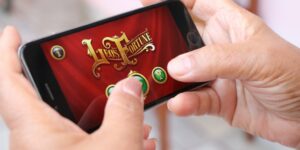 No doubt about it – mobile app games are the world’s leading form of entertainment. Over a whopping 2.8 billion people playing games on mobile devices according to Statista. Mobile games now rule at app stores across the board. In 2017 the Apple App Store offered 783,269 gaming apps, constituting over 25% of its total app offering.

The rise of globally popular games like Angry Birds which, with well over 20 million downloads, became the best-selling game app of all time has more recently been overtaken by games like Candy Crush and Pokemon Go. Unlike these enduringly popular titles, we’ve also seen the shorter-lived popularity of games such as 2048, Neko Atsume and Flappy Bird. Looking at these games, it’s not clear to see what they have in common.

So how do we decipher what makes a mobile game go viral? What makes a title stand out among the literally millions of other mobile games on offer?

With a huge variety of genres and themes in mobile gaming, there is of course not one clear ‘recipe for success’, but we’ve compiled a list of six common qualities and attributes that seem to send some games to the top of the popularity charts and helped them achieve mega-stardom.

A game must be a combination of fun while simultaneously offering challenging aspects. If a game is too easy and repetitive it quickly becomes boring and a player will lose interest. Having said that, some of the best phone games are the ones you can pick up and play for a couple of minutes at a time, whether you’re on your commute or just waiting in line at the bank. Finger Driver is one of those. You have a little steering wheel at the bottom of the screen, and you simply steer a car down a track, trying to go for distance. The game has mini-missions which give you a coin payout once you complete them. Then you use your coins to unlock more car styles. Simple and relaxing. On the other hand, if the level of difficulty is too high (especially at the beginning) potential players might get frustrated and give up. The perfect game is one which is easy enough to be lightly entertaining, but with just the right amount of challenge and decision-making to keep a player engrossed and coming back for more.

With so many game options to choose from, players appreciate games with great graphics. Whether it’s the simplest cartoon style, 8-bit arcade game retro feel or the latest state-of-the-art rendering, successful games utilize graphics that creatively resonate with the theme. Music and sound effects also add to the memorability and enjoyment of the gameplay. A great example is Alto’s Adventure, which involves snowboarding at high speed down the mountain. With beautiful mountain scenery, amazing day-to-night transitions and a mesmerizing soundtrack this game offers a really satisfying user experience.

While this doesn’t apply to all games, those with a narrative concept such as RPG games should be as engrossing as possible, offering a coherent storyline and relatable characters, but laced with surprises, plot twists and turns along the way that keep the game exciting and challenging. One such example is the Escher-inspired puzzle game Monument Valley, guiding tiny Princess Ida through a topsy-turvy world of strange monuments, twisting and sliding to shift perspectives in order to make your way through the levels. Whether it’s action, fantasy, sci-fi or sport themed, games with depth and variety are the winners in this category. If there’s not much room for a storyline within the game, players still appreciate an aesthetically pleasing or recognizable theme to give the gameplay some depth. All the mobile slot games at PlayFrank, for example, have iconic themes based on movies, mythology, sports and historical eras.

Successful games should be able to be replayed many times over without losing their appeal or becoming boring. Games that offer different outcomes and endings based on different choices of player action meet this need for novelty really well. Also important is that games offer rewards for your hard work. You should be able to unlock new levels, characters, weapons, tools, etc. and get recognition for your achievements. Games like Crashland and Minecraft: Pocket Editions do this particularly well. Games that are regularly updated and expanded keep players interested and coming back for more.

5. Multiplayer options and the social factor

Games that offer players the ability to compete with and against their friends (or even unknown competitors) add another dimension of engagement and longevity of playing enjoyment. This type of social feature exists within many different game genres, with studies showing that when players get a group of friends playing a game, they are more likely to still be playing the game a month later. RPGs like Hades’ Star is a popular massive multiplayer game in which you slowly grow a galactic empire through conquering worlds, building a fleet of ships and space stations, mining asteroids, and waging war against an alien race. As you progress through the game, it becomes important to team up with other players to scour certain sectors for alien fighters. Whether they’re simple word games like Words With Friends, sports or simulation based, those with a strong competitive streak like pitting themselves not only against the demands of the game but other players’ skills too – adding an extra (and addictive) little adrenaline rush.

Last but not least are the basics of accessibility of mobile games. Many gamers use short breaks or while on the move to play games. Games should therefore load quickly, and players should be able to pick up a game where they left off in the case of being interrupted by an incoming call. When restarted, if the game has not paused or automatically saved the user’s state of play, users will be less inclined to play the game in future for fear that another phone call will disrupt their game and lose their progress. A clear pause button makes all the difference.

And finally, with the sheer number of free games on offer, few players will pay to play a new game off the bat. Games should be offered free – at least for the basic version or when it’s initially released. If the game is really good and proves addictive, in-app purchases to access higher game levels, the option to remove ads (these can be annoyingly disruptive) and other add-ons may be a consideration. There are many ways to monetize a free game app – and if your players love to play then they won’t mind paying for upgrades or items.

Why Has There Been a Cycling Boom?