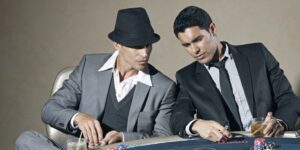 Poker players can be found all over the world. Almost every country has players, who are proficient in the art of playing poker, especially Texas Hold ‘Em. The Texas Hold ‘Em variant of poker has gained a lot of popularity in the last one or two decades or so, owing to various tournaments and competitions being held on a global scale. Online sites are also doing their part in attracting players with gaming vouchers and promotional bonus codes, like bet365 bonus code.

But in all actuality, poker has quite a few variants and versions, other than Texas Hold ‘Em. These variants are usually divided into categories like community card, draw and stud games, and it is often the responsibility of the dealer at the table to decide what kind of poker game the players are going to play, which does make things a lot more interesting.

Let us now take a look at a few poker versions or variants, which have taken the entire card game scenario by storm and have won hearts all over the world:

This version of poker can be played by a minimum of 2 players and a maximum of 10 players in one single table, and is similar to Hold ‘Em in many ways. The game involves four distinct betting rounds, and every player is dealt four hole cards. An immediate revelation of the five community cards is perhaps a distinct feature of Omaha. A player, in order to win, must use three common cards and two hole cards to come with their best 5 card hand.

In this version of poker, the dealer deals four up cards and three down cards. In order to win a betting round, a player has to come up with the best 5 hand card from the cards that he or she was dealt by the dealer.

This version of poker involves the dealer dealing each player a set of 5 cards, followed by the absolutely vital rule that every player must trade 3 cards from his or her set at any cost. The one who does not do so will be disqualified.

9 Values Every Parent Should Teach Their Children