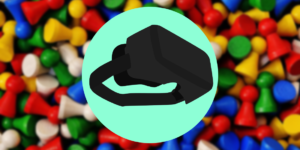 It’s now just over a year since PlayStation released their VR headsets. Since hitting the market in October of 2016, PSVR has sold over one million copies. Whilst many were hesitant to declare the VR system a slam dunk in its early phase, it’s now fairly safe to say that the PS4-compatible headset is a hit. We’re seeing exciting, ground-breaking, and somewhat experimental developments to the world of gaming unfold right before our eyes. For the first time, VR has proven successful – and the excellent games below prove just how invested game studios are in continuing the innovative dream of VR.

Perhaps a little too gory for those with a preference for horror of the psychological kind, the seventh instalment of the Resident Evil series has nonetheless been met with rave reviews that mark it as one of the franchise’s more successful games of recent times. You play as Ethan, a man intent on finding his missing wife. His search leads him to a seemingly abandoned plantation which he soon discovers to be not so abandoned after all. Trapped inside a house and confronted with the endless number of horrific threats it poses, you must find a way to escape using only limited combat skills and some handy items you’ll find along the way. The seventh instalment differs from past Resident Evil games in many ways – one of which being its first-person perspective, and the other being the element of exploration which takes precedence over action.

Combining survival with exploration on a lush rainforest planet, Robinson: The Journey is an exciting game designed specifically with VR in mind. You play as a young boy who, after crash landing on a planet roaming with dinosaurs, is completely alone except for a floating and helpful AI friend who also survived the crash. The game starts with a number of tasks you must complete to keep your home base safe and functioning, while also introducing an extremely cute T-Rex as your pet. However it won’t be long until you encounter much bigger and less friendly creatures. If you’re looking for a survival adventure game set in the natural world, with engaging tasks to complete and something new to discover around every corner, then the VR experience of Robinson: The Journey will keep you entertained for hours.

Pure, unadulterated terror of the traditional type; a haunted house filled with supernatural occurrences, sinister spirits and – well – paranormal activity. Based on the hugely popular found-footage style franchise which first took the world by storm back in 2007, Paranormal Activity: The Lost Soul will give you the same creeping chills and sense of stupefying fear as the original films. Move freely inside the house, with minimal guidance, to discover its eerie secrets and creepy history. One interesting component of Paranormal Activity: The Lost Soul’s gameplay is its ‘scare randomizing system’ which means a jump scare could strike at any time.

An adrenaline rush of a different kind; there’s no jump scares or shoot-outs in Drool’s indie game Thumper, which is what makes its totally engrossing and heart-pounding effect all the more impressive. Described as a ‘rhythm violence’ game, you race down psychedelic, colourful, visually-stunning voids at exhilarating speeds and to the beat of trance-inducing music. Based on a simple but extremely well executed concept, Thumper makes for a thrilling and totally unique gaming experience that, in its full VR glory, will leave your palms sweaty and eyes wide.

Here’s one for the fans of futuristic science and space travel, but really – you don’t have to be a sci-fi nerd to fall in love with this exploration, survival and shooter game. Played in first person, Farpoint puts you on an alien world which – although beautiful – is extremely hostile. Separated from the rest of your crew after an emergency landing during a research mission, you must use all resources available to you if you are to survive the dangers this foreign planet presents. Farpoint has been praised for its freedom of movement, slick VR motion control and gorgeous visuals.

Enjoy every game your local sports bar has to offer from the comfort of your own home. This game allows you to play online or against AI when competing in classic bar games like pool, air hockey, arcade machines, darts, shuffleboard, skee ball and more! Sports Bar is great for making new friends from around the world in a cosy environment where you can choose from a number of games based on real life gameplay and strategy. Cherry Pop Games have also hinted that the next Sports Bar title might feature classic card games like Blackjack – possibly with the intention of integrating online Blackjack casinos into its gameplay so that gamers can choose to gamble with real money if they wish. Besides the immensely fun VR versions of everyone’s favourite bar games, Cherry Pop have also succeeded in bringing to life an atmospheric setting with chill vibes, stylish decor and jukebox music in this popular and highly social game.

Unlike a lot of other franchises that have churned out a VR instalment for the sake of hopping on board the VR train as fast possible, id Software have completely rethought the approach to Doom in thoughtfully creating its VR title. What we mean is that the game is perfectly optimised for the VR experience. Of course, Doom VFR doesn’t forego the famous fast-paced and almost comically brutal aspects of the original games. Fight demon invasions and attempt to prevent catastrophes in the first VR instalment of a franchise famed for pioneering the first-person shooter game.

Ever dreamed of captaining your own Starfleet vessel? Ever fantasized about commanding a battle in federation space? Star Trek: Bridge Crew allows you to step onto the bridge of a USS starship and play an active part in a number of adventures – either one-off missions or as part of a story. Play as captain, tactical officer, helm officer or engineer. Navigate stressful scenarios or just casual days at work alongside your fellow Starfleet officers in this well-received Star Trek game. Warp One, Engage!

Remember when puzzle books were still a thing? Unless you’d rather stick with pen and paper, the PSVR game Statik allows you to solve fantastically clever, and often infuriating, cryptic puzzles in an intense environment. In this game, you’ll meet Dr. Ingen and his assistant who, through some definitely illegal experiments, attempt to uncover the complex nature of the human mind. Each day, you wake up in a lab to find a new puzzle box attached to your hand. Using your intelligence, and by gaining information from the sounds and sights around you, you must solve the puzzle to free your hands and progress in the game. Puzzle purists will be pleased to hear that tutorials are toned down in Statik – for the most part, you’ll just have to struggle through without any hints until you finally have that satisfying light bulb moment.

We’ve all had flying dreams – that amazing sensation of soaring through the sky and seeing miniature landscapes whizz past beneath us. It’s an incredible feeling, and one which Eagle Flight seeks to emulate. You might be justifiably concerned that the game, in which you fly through beautiful cities from the perspective of an eagle, could prove nausea-inducing. On the contrary, Eagle Flight is smoothly responsive and comfortably controlled, allowing you to swoop, tilt and soar effortlessly. In fact, Ubisoft even spent two years researching nausea-prevention techniques, based in part on methods used by NASA. If you want to experience those wonderful flying dreams wide awake, then Eagle Flight is for you!

The selection of currently available PSVR games may seem a bit lacking in the headset’s early days, but these ten games should keep you totally immersed and highly entertained for a good while yet! If you’re not a PlayStation fan then fear not – most of these games are also available on Oculus Rift and HTC Vive.

Significance of Accounting in Different Parts of Your Business

Why should you consider making use of a Website Design Company?