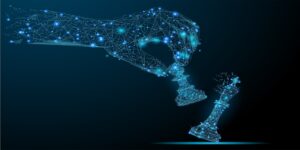 Augmented reality is evolving as the next big thing in every industry as customers are seeking out a real-time flavor in everything ranging from snapchat filters to home interiors. Maybe this is the very reason behind more and more Smartphones integrating the same in its functioning to pave the way for a utopian world infused with virtual objects. Top companies like Facebook and Apple have also showed a green signal to the application of this groundbreaking technology in the form of filters and Animoji. The demand for this stellar technology is even being felt in the home décor sphere where customers are seeking out means of knowing how things would look like even before deciding on the remodeling budget.

Advanced tools such as Google’s ARCore and Apple’s ARKit are providing developers with a head start in developing games infused with augmented reality. An array of startup companies are trying to bring about a paradigm change in gaming industry by mixing the flavors of board game play along with live action visual effects. The gaming industry holds massive potential in days to come coupled with the versatile attributes of augmented reality. One such game which has been turning tables off lately is the “Star Wars: Jedi Challenges,” developed in line with “Dejarik” game for iOS users. This game hasbeen an instant hit amongstall Star Wars fans and can be enjoyed with an augmented reality headset in youriPhone. Pokémon Go isanother such game, which has spiral edup the popularity ladder by garnering a large audience base belonging to all age groups. These games are blending our real world along with an on-screen virtual one to provide us with an experience like none other.

When it comes to excitement, nothing can beat the robust potential of the team-oriented tabletop games which come permeated with augmented reality technology. These hybrid board games are introducing us to a much more engaging and interactive aspect of augmented reality. They are allowing players to experience a myriad of sound effects and animations without compromising on the traditional look and feel of a good old board game. Additionally, they are also catering to the fascinations of the younger generations when it comes to animations and visual action. People whose childhood has been spent playing videogames having inferior visual dynamics are lining up to have a go at such supreme new features. The technology is merging virtual objects with our real world to provide us with an authentic yet enriching experience on the go.

The augmented reality tabletop board games are adding a social aspect to the daily functioning of gamers, who usually stay limited to their private rooms with a comfy gaming chair and stellar speakers. The digital space is serving as the latest addition in the sphere of social media where gamers are interacting with one another for being of mutual help in overcoming levels and sharing tips and tricks on the go. In the rapidly evolving world of mobile gaming, augmented reality is the one thing, which can help the board games survives the test of time and growing competition. Players are bound to feel enriched at the end of a gaming session which paves the way for a seamless blend between traditional and mobile gaming.

We all wish to exercise supreme control over the gaming hemisphere and coupled with augmented reality we will soon be able to do just the same. Normal 2D games limit our possibilities to a great extent but with augmented reality we can easily turn our living room into a tunnel filled with narrow passes and dim-lit dungeons. The two to ten player Oracles Game has been designed to take the board game experience a notch higher. Players will be divided into two groups with each trying to occupy the enemy tavern under the guidance of a chosen leader. You can learn more about this versatile new game from Oracles as you prepare yourself for a journey where mystery chests, dark forests, sea monsters, dragons and many more obstacles await as potent challenges to hike up the ultimate reward.