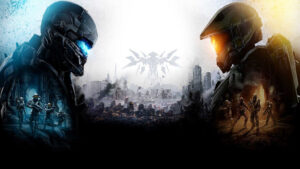 Whether there will ever be a Halo movie or not is one of the longest running sagas in the world of gaming.

There have been several previous attempts to make a big, blockbuster Halo film, first at Universal with Peter Jackson producing, and then screenwriter Stuart Beattie (Collateral) tried to launch his own version – to no avail.

Yet finally it seems the Forward Unto Dawn webisode version of Halo, which is much cheaper to produce, has gotten some serious hits on YouTube, and it could eventually pave the way for a big screen version, or so some would hope. We weren’t even aware there were still plans for a Halo movie until we stumbled upon this little news by accident in

The industry trade did a recent story on games being adapted into movies, and this report tells us that Microsoft “still hopes to eventually fully finance the project and exploit it across various platforms.” Until then, the primary focus is on the web series, which Variety said cost $10 million, a huge bargain, especially considering one of the reasons a Halo movie fell apart at Universal was the budget, which would have been enormous.

There are also Halo books that are keeping the story going, like the Star Wars novels, and as Kiki Wolfkill, Halo 4’s executive producer of Halo told Variety, “There’s much more story than books and other media have delivered. We want to get to a point where a movie makes sense.”

With so many video game movies currently in development, a Halo movie could start making a lot of sense very soon. Variety reports that Halo has “over 1,500 SKUs,” which includes the books, the series, toys, and more. Not only would a Halo movie have a huge built in audience, but it’s also a major merchandising opportunity for a major studio as well.

So once again, talk of a Halo movie is surfacing again, and it may soon be too irresistible for a major studio to pass up. After all, we may have movies of World of Warcraft and Assassin’s Creed, and you know Halo wouldn’t want to be excluded from the party.

Extended range electric vehicles may be our green future