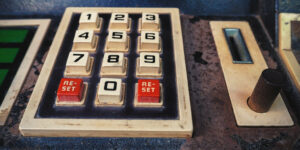 The Google Play Store is home to an incredible variety of retro-style games. These span the full spectrum of world-class titles ranging from puzzle style games, martial arts games, racing games and even interactive shooter games. The virtual landscape is peppered with more variety than you can shake a stick at. Let’s take a look at 10 of the best retro games for Android smartphones, tablets and phablets, and see what they offer players.

If you are a child of the 80s, Street Fighter is the game for you. The game features iconic characters like E. Honda, Ryu, Ken, Chun Li, Blanka, and others. Believe it or not, these great games, and their many variants are now available for Android devices too. Take a look at the fantastic selection of Street Fighter titles that you can enjoy.

We all know about Pac-Man. This Bandai Namco Entertainment America Inc. game has been a smash-hit since inception. It’s one of the premier arcade games in the world and is loved by hundreds of millions of players. The Android version of the game has generated significant fanfare with a 4.1/5 rating from over 633,000 players. There have been between 50 million – 100 million installs, and this game is just as popular today as ever. For the newbies out there – you simply eat up all the digital tokens on the screen, use power ups, clear the ghosts from the room and advance to higher levels.

Ping-Pong anyone? Check out Pong for a rudimentary Arcade game that is surprisingly popular with modern-day fans. The original version of the game was created by the legendary Atari, but the Android versions are created by loads of providers across the board. You choose single player or multiplayer version, or you can enjoy wall mode to practice basic table tennis. It’s addicting, and a great family game.

You want retro, it doesn’t get much better than this. This is one of the ultimate bubble pop games where different color balls are used to fire away at a mass of balls on the screen. Your goal is to hit 3+ balls to clear them from the game level. It’s worth checking out classic Bubble Shooter features such as the fireball the bomb which will help you to advance through the game in double-quick time.

Back in the day, this game was known as Donkey Kong. While the name is different today, this Android game harkens back to the 80s and all the fun-filled gaming we all used to enjoy. Classic Kong is not a puzzle game, but more of an adventure game, Classic Kong takes you on an adventure through multiple levels of gameplay where you must climb up ladders and advance through the game. It’s not quite Donkey Kong, but it’s fun nonetheless.

Tetris is one of the best retro-style games that Android players can now enjoy. This Electronic Arts Inc. puzzle-style game is actually one of the most popular mobile games ever. You’re required to manipulate shapes to complete levels and advance through the game. You can easily track your progress and compete for big prizes. It has a 4.0/5 rating from 196,503 players, rated E for everyone, and a great family game.

Scrabble has been called one of the finest brain training games in the world. It helps folks with their English language skills, grammar, and diction. This word game is rated 3.9/5 from over 165,000 players, and has been installed between 5 million and 10 million times. With Scrabble, you simply need to form words or combinations of words against the computer, or other players. Assistance is available to help you create words, and various features such as Think Fast pile on the pressure to mimic real person-to-person interaction.

The National Football League is huge, and player interest extends to the virtual arena. Madden NFL Football by Electronic Arts has a stellar 4.5/5 rating from 1.4 million players. You get to enjoy superior audio-visuals, story mode, competitive football tournaments and much more. This game is sensational, and it’s available on Android smartphones and tablets.

Duck Hunt gives you an opportunity to play hunt ducks in the field with your friendly little Rover at your side. This is a classic retro game, and players will be able to take the great outdoors and a couple of dead ducks with them on the go. You have 3 shots for each duck, and you must snag 6 ducks minimum to advance to another level. Lots of fun, easy to play, and ideal for Android.

Here’s one for the Sega fans. Sonic Dash is about as fun as it gets. You the little speed demon himself as he races across highways, waterways, roads and other tracks in a frenzy of rapid-play entertainment. This is one of the Editor’s Choice games at the Google Play Store and has a super 4.0+/5 rating from over 3.5 million players. This is a superior retro game for Android fans.