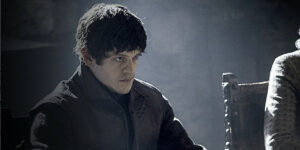 Game of Thrones – the cultural phenomenon that has taken over the world. Starting out as a series of novels by esteemed writer G.R.R Martin, the story has now been brought to the small screen in all of its brutal, fantastic glory. Boasting one of the most passionate fandoms in the world, lovers of the books or the series have been waiting with bated breath for the latest installments. While G.R.R Martin seems to be in no hurry to release the next chapter of the book series, the seventh season of the TV show is on its way in May, with the action, drama, and intensity set to reach new heights. But with still a few more months to push through, we highlight some ways in which you can get your Game of Thrones fix while eagerly awaiting its return to the small screen.

Being as popular as it is, there was no doubt that merchandise would be made available as soon as the show gained some steam. This is a good thing for fans looking to enjoy some Westeros flavour in-between seasons. There are numerous GOT board games and card games available, some of which are quite entertaining. The Game of Thrones RISK boardgame features two way to play, including the different noble Houses vying for control of Westeros and the chance to sit on the most uncomfortable-looking throne in the world.

This game takes place during the War of the Five Kings, so expect a thrilling experience. Westeros Intrigue is a fast-paced card game where you plot and scheme your way to the Iron Throne, much like the characters in the series. There is also Game of Thrones Monopoly, which should be a big hit with fans of the show and the game.

Thanks to the wonders of the Internet, and in this case, YouTube, fans can enjoy many hours of Westerosi video action with just a few clicks of the mouse. YouTube is a treasure trove of opportunities just waiting to be found, and a simple search for ‘Game of Thrones’ will bring up thousands of videos, from fan reviews and theories, to spoof accounts and video that will have you in hysterics. Set aside a good few hours, as viewing YouTube videos has been known to become quite addictive.

This may be an obvious solution, but re-watching the previous seasons cannot only open your eyes to things you have never noticed before, but will give you a nice recap and refresh your mind. So much has happened in the past six seasons that it is impossible to remember every tiny detail. Watching the seasons all over will not only remind you why you love this show so much, but you will get your adrenaline pumped for your return to Westeros.

Microgaming, one of the leading software providers in the igaming industry, has decided to capitalise on the popularity of Game of Thrones by releasing a sensational Game of Thrones online slot, where you can experience the most high-action adventure of your life while spinning your way to some incredible wins. Online casinos like Roxy Palace offer this exciting game to play whenever you choose, so sign up today for the chance to sit on the virtual Iron Throne.

Quartermaester offers players a fantastical visual guide, taking you on a journey through the entire Game of Thrones world, including all the different route characters have travelled. Additionally, if you are not 100% caught up on the happenings in Westeros, the map includes a spoiler filter and the map won’t reveal anything you don’t already know.

5 Unhealthy Habits You Should Avoid

What are the advantages of online coupons?