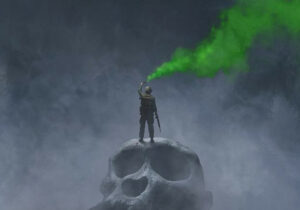 The name sounds like an 80’s archade game, but it is the name of the next big budget King Kong movie.

It seems retro music is very popular in Hollywood nowadays, but since Kong is based sometime in the 70’s, it is the right choice of music.

When a scientific expedition to an uncharted island awakens titanic forces of nature, a mission of discovery becomes an explosive war between monster and man.

Kong: Skull Island is a high-budget, star-studded movie from Warner Bros. and Legendary Pictures, just the Director is the less experienced Jordan Vogt Roberts. But I am sure the big bosses know what they are doing in putting such a big budget into his hands. The trailer looks promising and it seems that Kong is one of the good guys this time; so I’ll leave my judgement for when I see the movie in March 2017.

How To Choose Headphones

How to Make Your Business Look More Professional