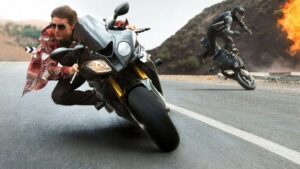 The pre-production of Mission: Impossible 6 has come to a halt – thanks to a dispute over its star actor Tom Cruise’s fees. According to Hollywood Reporter, the actor is looking to match or exceed what he is getting paid for The Mummy, which he is currently shooting in London for Universal Studios.

Tom Cruise in a still from Mission: Impossible – Rouge Nation

Paramount, co-financing Mission: Impossible 6 with Skydance, was in the prep stages for a January 2017 production start with director Christopher McQuarrie writing the script.