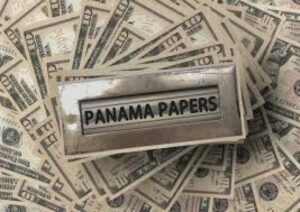 The Panama Papers financial scandal is going to Hollywood.

Streaming service Netflix said on Tuesday it had acquired the rights to a book written by two German investigative journalists and was turning it into a feature movie to be produced by John Wells.

It is the second proposed movie on the scandal that put tax havens and transparency into the spotlight after the details of hundreds of thousands of clients’ tax affairs were leaked from Panama-based law firm Mossack Fonseca in April by an anonymous whistleblower.

American director Steven Soderbergh is also producing a movie about the scandal based on a different book, the upcoming Secrecy World by US reporter Jake Bernstein, Hollywood industry publications reported earlier this month.

The Netflix film will be based on the account of German journalists Frederik Obermaier and Bastian Obermayer, the first to break the story. Netflix said it had acquired exclusive rights to their June book Panama Papers: Breaking the Story of How the World’s Rich and Powerful Hide Their Money.

Ted Sarandos, chief content officer of Netflix, said in a statement he was confident the movie would “deliver a gripping tale.” The International Consortium of Journalists, whose members also worked to bring the Panama Papers to the public, are also collaborating on the film.

Wells is the producer and director of movies and TV shows including The West Wing and August: Osage County. The movie’s director, release date and casting are yet to be announced.

How The Dental Industry Has Changed