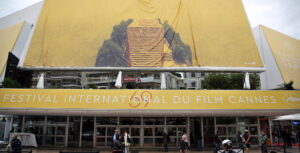 Security at the Cannes film festival, which opens on Wednesday, will be intense as France is still facing a high risk of attack, French Interior Minister Bernard Cazeneuve said on Monday.

With 45,000 people expected to visit the 11-22 May event, French authorities are on high alert with some 400 security agents, hundreds of police deployed and special forces ready to intervene, Cazeneuve told a news conference.

France has been under a state of emergency since attacks claimed by Islamic State killed 130 people in November at entertainment venues in and around Paris including a concert hall, cafes and the Stade the France stadium.

Bernard Cazeneuve, French Interior MinisterAs we are about to open this festival and as I come here to check the security protocol, we are facing a risk that is higher than ever and against an enemy who is determined to strike at any time, we must be extremely vigilant at all times.

France has already announced plans to extend the state of emergency to cover the Euro 2016 soccer tournament that begins next month and announced stricter security for venues.

In 1978, French authorities thwarted an attack on the film festival when they discovered a bomb on the Palais des Festivals stage.

Woody Allen’s Cafe Society opens the 69th edition of the festival on Wednesday.

How Employees Use the POS Software to Achieve Efficiency