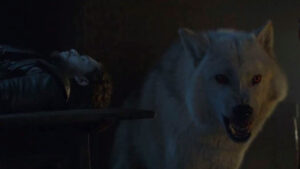 In a show where at least a handful of characters die literally in every episode on good days, and a gory Red Wedding on bad days, Jon Snow’s death has been the most talked about, so far.

Sure, most fans might have assumed that Jon cannot really be dead so long Ghost is alive, but if given a chance to revive a few other characters, We have shortlisted a few short-lived characters whose ill-timed deaths broke our hearts:

Before the routine killing began, before anybody could have imagined a prominent good character died so early – DEAD, Ned Stark was dead! Oh so brutally killed! Everybody hoped that surely Game of Thrones would pull off an Ekta Kapoor mumbo-jumbo and bring Ned back.

But if he can be revived, Cercei is in great trouble!

Oberyn came into Game of Thrones with a bang! And left with a bang. The wealthy and powerful Martells have been lagging behind in the plot.

Oberyn’s expertise with swordsmanship and his passionate temper left everybody drooling and it was rather disappointing to watch his eyes being gauged out.

Oberyn coming back would mean an alliance with Tyrion (he is known for his hatred towards Cercei and sympathy for Tyrion) and Daenaerys, which can immediately change the plot.

Those who have read the books are already aware that the mother of Starks was retrieved by Arya’s dire wolf Nymeria three days after the Red Wedding, and resurrected by Lord Beric Dondarrion, who transferred his life into her through a kiss.

The resurrected Lady Catelyn know as Lady Stoneheart, still mutilated and unable to speak through her wounds was only left with the desire to seek vengeance upon those responsible for betrayal and slaughtering her family.

Although the television series has so far exempted the subplot, we still hope that we get to see Lady Stoneheart.

Dire wolves are more important to the plot than we think. To some extent each of the dire wolf pups share the same spirit with their Stark masters. In fact, both Jon and Bran are known to warg into their dire wolves.

The majestic Grey Wind, Rob Stark’s dire wolf was killed on the same day as Rob, moreover, his head was put atop Rob’s body and paraded on a horse. With Grey Wind back, we’re almost going to have Rob Stark back or at least entertain a possibility of such.

All the mysterious dire wolves certainly have a very crucial role to play when the war begins.

Shireen, the gentle and kind daughter of Stannis Baratheon died a particularly cruel death. The horror of a child’s sacrifice defeated even Melissandre’s dark magic.

Shireen’s simplicity is a glad break from the usual band of characters in Game of Thrones. If Shireen is brought back, and manages to survive, she would make for a wise Hand to the Iron Throne.

Benjen’s death was technically never confirmed. He could be dead, he could be a white walker, he could also meet Bran north of the wall. His re-entry to the show could be stunning, simply because if he’s not dead and not a white walker either, the knowledge gathered on the white walkers will be especially pivotal if the humans can manage to defeat the dead.

Newly Discovered Planets May Boost Search for Life Beyond Earth