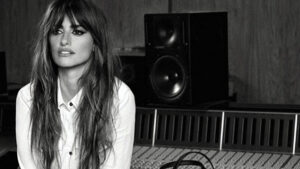 Academy award winning Hollywood actor Penelope Cruz is a household name. The talented Spanish model and actress shot to fame at the age of 16, and her debut feature film in Spanish received critical acclaim. Cruz has never looked back since. She’s moved from strength to strength, with a host of memorable films under her belt.

The first Spanish actress to receive a star on the Hollywood Walk of Fame, Cruz has starred in films like Vanilla Sky, Captain Corelli’s Mandolin, Vicky Cristina Barcelona, Volver and Nine – all of which have opened to incredible audience and critical reception. She has won an Oscar for her performance in Vicky Cristina Barcelona and has received Oscar and Golden Globe nominations for her performances in Volver and Nine.

On the occasion of her birthday, here are some pictures of the gorgeous actress in some of her most iconic roles.

Pirates of the Caribbean: On Stranger Tides (2011)