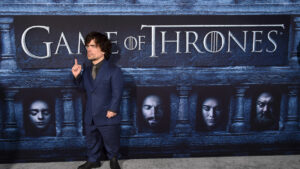 Spoiler alert: Everyone is going to die.

Viewers are almost reluctant to pick a favourite character on Game of Thrones, as they all have a nasty habit of ending up dead on the show. If there is a Game of Thrones character on screen, and if the audience likes them, they will betortured and murdered. The show has been frighteningly consistent with this little detail.

Here’s a recapitulation of all the deaths so far.

It’s time to brace yourselves for another deluge of feels as the new season of Game of Thrones comes out on 24 April.

Just when George Martin thought viewers were getting used to all the gore, violence, and heartbreak, he shocked everybody with Jon Snow’s death at the end of Season 5. Viewers have had the hardest time wrapping their head around that one.

Jon Snow may know nothing, he may not be the rightful heir to Winterfell, his perpetual (borderline annoying) brooding look may be reminiscent of the archetypal conflicted male protagonist, ridden with pain and secrets in his past. But none of this has been able to put an end to the fan theories speculating his return in Season 6.

Jon Snow or no Jon Snow, there’s always the fire-breathing dragons to look forward to.

Car Technology That Has Changed The Way Businesses Operate