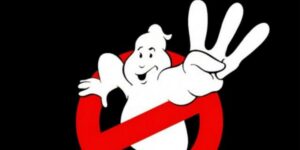 Shooting for the third installment of the Ghostbuster franchise is finished with no official title announced yet. With director Paul Feig wrapping up production we have learned that the last surviving Ghostbuster, Ernie Hudson (Winston Zeddemore), has joined Dan Aykroyd and Bill Murray in making a cameo in the new all-female movie.

As production started there was a lot of resistance from the original male crew, refusing any involvement in the picture and doubting its’ success, but apparently they have made their peace with the project, praising the new female cast. The new movie will not be following the storyline of the original 2 Ghostbusters, therefore the old cast will not be playing any of their previous characters. The only one missing is the deceased Harold Ramis, who passed away in February of last year.

There is little known about the plot except that it is set in New York, but with filming finished, we will most probably soon be seeing the first trailers. The film is scheduled to be released in July 2016.

Supergirl Villain is an Android

Why you should look forward to HDR TV