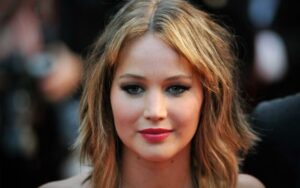 It’s hard for women in Hollywood to make the kind of money male actors make. While the negotiations took a while, Jennifer Lawrence is officially going to be making $20 million for starring in Passengers, a new sci-fi flick with Chris Pratt.

That’s certainly a pair that beats a full house, especially now that Chris Pratt is one of the hottest stars in Hollywood thanks to the insane success of Jurassic World. But what’s remarkable about this deal, as the Hollywood Reporter tells us, is where the male star usually makes more money than the woman, Lawrence is getting $20 million against 30 percent of the profits after break even, but Pratt is getting $12 million.

So is Lawrence worth it? All depends on how well Passengers does at the box office. If it’s the next Gravity, it will a major step forward to woman in Hollywood, but if it’s the next Jupiter Ascending, it will be a huge step back.

We’re willing to bet that Sony is scared at greenlighting this kind of money for (gasp!) an original movie that’s not based on a tired old movie, TV show, or video game, so if the movie doesn’t deliver, it’s going also going to be a big blow for original movies as well. Let’s hope Passengers delivers and raise the price for top female talent, and make the majors less afraid to make original movies.

Call of Duty Heading to PlayStation