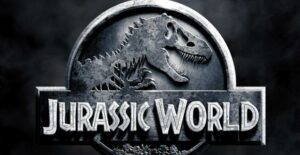 It’s hard to escape commercials for Jurassic World wherever you go. Lately I’ve been trying to download Comedy Central clips off YouTube, and every time I try, I have to sit through a 30 second promo for Jurassic World, to the point where I have to turn off the sound and look the other way so I don’t get sick of it.

The movie does look pretty damn cool, and it shouldn’t come as any surprise that Variety has the movie on track for a hundred million dollar weekend when it opens on June 12. This is of course going to be an infinitely bigger weekend than Tomorrowland just had, which was a big memorial blockbuster that wasn’t. (Tomorrowland wasn’t based on a previous movie, TV show or video game, so that could be one reason it didn’t do well, but it also get weak reviews.)

Variety tells us that if the box office delivers the predicted numbers, it would be “an impressive debut for a franchise that hasn’t released a new chapter in more than a decade.” As one box office pundit told the trade publication, “The trailers are connecting in such a big way,” and advance ticket sales on Fandango are doing well.

While I’m currently on Jurassic World trailer overload, the coming attraction does indeed look very promising, and we hope it can kickstart the franchise again, giving it the good, swift kick in the ass it needs.