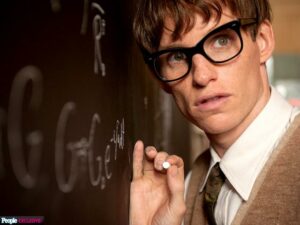 Warner Brothers, like every other major studio, is in the franchise business these days. They’ve got Batman Vs Superman, Suicide Squad and Justice League on the conveyor belt, and they’re going to be resurrecting Harry Potter as well.

Like Star Wars, this is part of the Potter universe, and it’s a prequel Fantastic Beasts and Where to Find Them, and right now Eddie Redmayne is the #1 choice for the lead character, Newt Scamander.

Variety tells us that Fantastic Beasts is a prequel / spinoff that takes place seventy years before the Harry Potter stories begin, Redmayne wanted to read a script before committing, and apparently he’s pleased with the results. (JK Rowling wrote the script herself this time.)

As Rowling explained, Fantastic Beasts “is neither a prequel nor a sequel but an extension of the wizarding world,” and it will be intriguing to see how Redmayne will lead us through it. (Potter director David Yates will also be helming the film as well.)

From Selma to Marvel