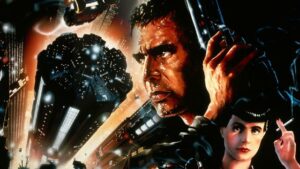 There’s been talk of a Blade Runner sequel for some time now, with the incomprehensible news that Harrison Ford was actually interested in coming back to the film, even with Ridley Scott directing.

This is incomprehensible because Scott and Ford famously didn’t get along during the original movie’s shoot, but ultimately that doesn’t matter, because the Blade Runner sequel now has a director, Denis Villeneuve, and Ford is indeed back as Decker.

As the Wrap reports, Villeneuve directed the Hugh Jackman, Jake Gyllenhaal movie Prisoners, which got strong reviews. This report also tells us the Blade Runner sequel will take place several decades after the events of the first film, and the new model Blade Runner, with Ford, is slated to roll next summer.

Catwoman is Out of the Closet