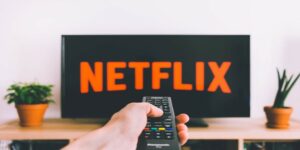 Today, television programming has changed a lot to meet the expectations of the majority of viewers who are more inclined to watch tailor-made programs whenever they want. Nowadays, television viewers prefer not to depend on the traditional pattern of television programming and telecasting that compels them to watch programs according to the schedules and timing set by the broadcaster. This leaves them with little or no options for choosing and viewing programs as per their wishes. Sitting before the TV at fixed times determined by the broadcaster is what television viewers hate most. They prefer to create their own schedules for watching their favorite shows. Moreover, TV sets are no more the only device for viewing TV programs that are now available of mobile phones.

The deluge of video streaming apps

The change in viewers’ attitude and the technological advancement that enables viewing television programs on mobile devices like smartphones and tablets has resulted in the widespread popularity of streaming apps. There has been a deluge of video streaming apps like Terrarium TV and many others that allow viewers to watch movies and TV series as per their wishes and in the way, they want even when they are on the go. The video streaming services led by Netflix and Hulu along with a long list of many others are providing top class entertainment to viewers.

Viewers must be careful in selecting the streaming service

Terrarium TV is a television streaming app that has carved a name of its own catering to the changing needs of television viewers, but there are some Terrarium TV alternatives too, that are no less attractive. Terrarium’s attraction lies in its free movie viewing service along with subtitle support.

However, when selecting any streaming app, you must be careful about issues related to copyright infringement because the app services clearly display a disclaimer that the onus of complying with copyright issues rest on viewers. Since most of these apps scrape content from third-party websites via the regular browsers, you need to be aware of the legalities involved in viewing such content. PlayBox HD, ShowBox, Kodi, Stremio and Popcorn Time as well as Tubi TV and CinemaBox are some Terrarium alternatives that you can try out.

The video streaming apps not only provide numerous options for entertainment but also allow viewers to watch television shows and movies discreetly and privately by using a VPN service. A lot of free VPN services are now available that makes watching video streaming more cost-effective while maintaining complete privacy. It is an excellent way to enjoy television programs cost-effectively.

VPNs have become very popular not only for reasons of privacy but also because it is possible to circumvent the noose of censorship on the media that governments impose in many countries. It is also the perfect answer to keep viewers protected from cybercrimes.

While free VPNs are attractive, be careful that you do not end up in paying much more by way of compromising on data privacy.