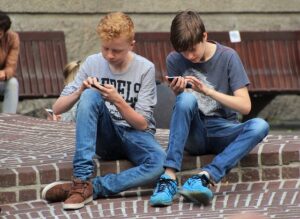 The internet is a crazy place. No doubt it keeps you connected with the world, but you never know what you may come across while browsing your Instagram feed. That cat video that your grandmother finds funny, the global phenomenon that was ‘Gangnam Style’, the latest controversy cooked up by the Kardashians and what not. Such breathtaking news takes only a few seconds to go viral. Especially when it is promoted via videos. With memes and GIFs taking over the web, cool videos create an internet frenzy by traveling at the speed of light online.

Presenting to you a list of top 5 viral videos that you must see in case you haven’t unless you want your friends to think you belong to 17th century BC.

1. The Legendary Carpool Karaoke with Adele

No one knew James Corden until he shot to fame with Adele’s Carpool Karaoke. In the YouTube video that went viral, hitting about 135.8 million views the duo was seen cooking up some real banter. So, if you have a business idea that involves video streaming; then using a video CMS can prove to be a profitable investment.

The quirky ‘Hello’ singer, sang along to the Spice Girl’s superhit ‘Wannabe’ and then daringly rapped Nicki Minaj’s ‘Monster’ to perfection. Adele spits out some interesting facts about her upcoming album as they drive through London rains. Watch out for this video as you will find yourself grooving to their tunes.

This is one of those regrettably crazy videos that just don’t seem to get off your mind. With incredibly addictive lyrics and excruciatingly painful tune, this video hit 95 million views before being declared as the ‘Gangnam Style’ of the year.

It is composed by a Japanese singer-songwriter – Piko-Taro, who must be now proud of his worldwide fame.

The video features Piko-Taro singing and dancing to his music as he fuses an apple, a pineapple, and a pen altogether. Sounds odd? Well after listening to it on repeat this utterly hilarious video shall make you crack up easily. Its charm lies in its sheer senselessness. This video shall make you believe, that truly anyone and anything can rise to stardom.

3. The Why You Lying’ Video

I will be completely honest with you. This doesn’t seem to get out of my head. Ever since I saw this video on vine by Nicholas Fraser. In the video, Fraser is seen singing ‘Why you Lying’ and dancing to the R&B beats of Next’s “Too Close”. The video has hit over a million views and garnered thousands of likes. This whacky video had Buzzfeed and The Guardian, write about Nicholas Fraser, the legend himself.

The Burning man an annual event or a temporary community in Nevada’s Black Rock Desert showcases large-scale installations and aesthetic masterpieces. This exclusive footage shot using drones hit about 1.95 million views. With its dramatic art and theatrical aura, The Burning Man is a Global Cultural Movement based on 10 practical principles.

This video was shot by Cinematographer and pilot, Eric Cheng who shot the desert landscape through DJI Phantom quadcopter. This peculiar community has been very beautifully caught on camera and is definitely a must watch.

This annoyingly addictive video of famous YouTube pranksters – Dude Perfect, hit about 41.9 million views in no time. It showcases the group throwing water bottles at different surfaces only to see them land upright each time.

Its absurdity makes it challenging. The water bottle flipping had become a phenomenon when a North Carolina High School student uploaded a video of himself doing the water bottle challenge. That video alone had 6 million views on YouTube.

You would think that it is cakewalk flipping a water bottle to perfection, but this where you so audaciously go ahead and try to flip one and keep on failing till dawn. Watching this video of people who have perfected this ‘art’, after you fail, should seem like sort of achievement for sure. So, go ahead and get some inspiration for yourself!

After going through this list, I am sure you must have had some idea about how integral the World Wide Web can be in spreading worldwide marvels, instantly. So, make sure you view all these videos until you get sick of them and watch out for even crazier ones!

Things to Consider When Designing Your Office

How to Get the Support You Need When Undergoing Fertility Treatments