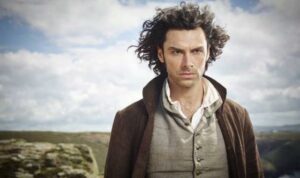 If there is one thing us Brits love, it is watching TV – with a lovely cup of tea, of course. New research by Freeview looked at our relationship with the box and found that 52% of Britons considered themselves to be TV addicts. Is it any wonder when we produce such incredible TV shows?

Last year saw a real range of programmes come to our screens, including the first series of the gripping drama ‘Doctor Foster’ and the last ever series of Shane Meadows’ This Is England ’90. So, what does 2016 have in store for us? It has already given us the hugely successful ‘The Night Manager’ – so it is looking good so far!

Here are 5 TV shows you NEED to know about:

Poldark appeared on our screens last year and pulled in an average audience of 8 million viewers every Sunday night. So it will come as no surprise to hear that it is back this year for a second series. Originally it was due to return in the spring but, unfortunately for those eagerly waiting to see what happened after the dramatic ending to the first series, you will have to wait a little bit longer as it has been put back to the autumn.

Starring Tom Hollander in the title role, this series is adapted from the novel by Anthony Trollope.

This three-part drama started on the 6th March, so if it has slipped off ITV Player it might be worth snapping up the DVD and seeing what all the fuss was about.

The nation’s favourite broadcaster, David Attenborough celebrates his 90th birthday this May, and the BBC will be paying tribute to his knowledge and passion with an hour-long special. The interview in front of a studio audience will see Kirsty Young talk to David about his career, the people he has met, the journeys he has made and the animal encounters he has had across the globe.

The Olympics may not be in London this year, but we can still support our country and unite as a nation as we cheer on the likes of Mo Farah and Jessica Ennis-Hill as they compete in Rio. The Olympics and Paralympics will be on our screens this August.

Whether you love it or hate it, Top Gear is already one of the most anticipated and talked about shows of the year and it hasn’t even hit our screens yet. A recent stunt by new presenter Matt LeBlanc, close to the Cenotaph, has already caused outrage and was apparently a deliberate attempt to cause controversy. So who knows what will come next? But what this year’s series will definitely see is Jeremy Clarkson replaced by his rival Chris Evans.

Take a look at Magazine Subscriptions UK, where you can subscribe to the likes of ‘TV Times’, or ‘Soaplife’ – meaning you never miss an episode again, as the dates and times of your favourite shows land on your doorstep each week.

How Employees Use the POS Software to Achieve Efficiency