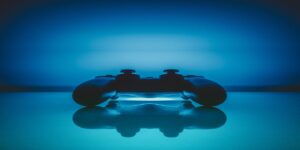 Despite a recent surge in popularity, the gaming industry, which now encompasses roughly 1.8 billion ‘gamers’ internationally, faces many threats to growth, namely around marketplace security and expansion.

One of the primary limiting factors is the siloed nature of the ecosystem. Games, diverse across different platforms, consoles, and genres, largely exist independent of one another. As a result, rewards earned via one game-type often do not transfer equitably to another. Other than the obvious switching costs for gamers, this system design has numerous downstream effects.

One of which is the illiquidity of the market for gamer-earned digital goods that, in sum, currently generates over $94 billion in annual revenue. Although players of all experience levels can (and often do) invest a substantial amount of both time and money in unlocking these game-specific collectibles (skins, weapons, styles), many digital goods have little to no transferrable value. As there is no universal infrastructure in place for the buying, selling, and reselling of digital earned goods, gamers are left with value-less assets as soon as they stop playing their games.

This is an upsetting user experience for many players. “I have seen many gamers spend unbelievable amounts of money and time to try to earn rare items,” says JT Nguyen, CEO and founder of Gameflip. “But what happens when they try to optimize their digital inventory or decide to leave a game?”

That precious, unanswered question is what sparked Nguyen and team to build Gameflip, a now 2 million member-strong global digital goods marketplace for gamers. “There was no secure, liquid marketplace for gamers to buy, sell or trade their items within or across games,” says Nguyen. “So we decided to build one.”

Fast forward to today, and the team is in partnership discussions with a handful of top publishers. As a whole, their vision is to become the de facto solution for gamers looking to buy, sell, or resell their digital goods, by providing a marketplace that is secure, transparent, and accessible.

Currently, gamers depend on various Reddit pages and underground forums for finding deals on collectibles. This temporal solution lacks buyer/seller protection and, in many cases, unknowingly creates a platform for large-scale scamming. And though some players in the space have made attempts at a long-lasting solution, nothing has been comprehensive enough to stick.

Gameflip’s disruptive solution, which combats many of the slow-moving incumbent’s biggest obstacles, is an implementation of blockchain technology that allows them to safely extend their already growing community to the general public. Native to blockchain is the ability to create an encrypted ledger to track and verify transactions, without the need for costly, and error prone, intermediary parties.

Gameflip is leveraging this superpower in the Ethereum blockchain as well as an ERC-20 Token interface to provide a decentralized environment for transacting digital goods through smart contracts. They will soon launch the FLIP (FLP) token, verified by an Ethereum smart contract, which will effectively empower gamers from around the world to participate in a secure digital goods marketplace.

The evolution of the Gameflip marketplace is attractive to both gamers and publishers.

For gamers, an open, safe marketplace means a level of liquidity and safety that the industry has never seen before. Finally, gamers can depend on a stable platform to buy, sell, and trade their earned items for cash without having to worry about risk of fraud. Furthermore, a standing marketplace will drive a free-flowing digital economy, as the value of digital goods becomes less volatile.

Gameflip’s model is also extremely advantageous for publishers who, after all, are the ones to dictate the pace of the industry. As former game publishers themselves, the Gameflip team recognizes the importance of these stakeholders.

To encourage adoption of their open-sourced plug-ins and SDKs, they will issue FLIP network growth tokens, as well as a commission for each transaction made for digital goods in their games. Every time a gamer participates in a purchase (buy/sell/trade) with FLIP on a partner’s digital goods, the publisher will earn a generous kick-back.

This commission-based structure will reward popular games without punishing other publishers. All of the transactions will be placed onto a verifiable blockchain ledger, such that no data can be edited or deleted by a single party. In other words, publishers will have a transparent view into their performance without having to worry about cyber-attacks.

As society begins to reorganize into blockchain based systems of management, it is inevitable to see more and more marketplaces, like Gameflip, pop up across a wide variety of industries. The promise of a decentralized world looks to reduce friction points, as well as throttle upside, by optimizing the modern economy across many verticals. It will be interesting to see which players win out as competition heats up.

7 Tips to Staying Motivated While Working From Home

Recognize the Reasons Traders Fail – Stay Away from Possible Pitfalls