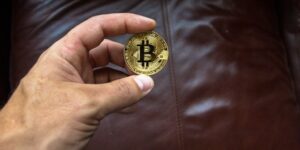 When you would least expect that some big companies would accept cryptocurrencies, Stephen James BMW an authorized dealership in Kent and London, announced on Twitter that they would be accepting Bitcoin for their car purchases. The news cut across all headlines as other companies are also expected to incorporate cryptocurrencies in their operations.

First of all, the efficiency and convenience of digital payments are highly favoured. People are looking for all avenues where they would have hassle-free transactions away from the conventional, traditional transaction systems. Certainly, Bitcoin, as well as other major cryptos, are going to become the future mode of payment.

On the 5th of July, Stephen James announced that they would be accepting Bitcoin across all their stores. From the posted tweet, Stephen James the owner of the dealership encouraged BMW lovers to visit their outlets for flawless purchases with Bitcoin. Interestingly, it sounded more of an exchange platform where you would get a BMW for your submitted BTCs.

Nonetheless, the need for a reliable exchange must have been a great consideration. Stephen stated that they would be using BitPay, one of the best platforms designed for customers to accept and receive different cryptocurrencies. Being available in most parts of the world, BitPay seems to be a perfect choice that Stephen James must have chosen.

The move is certainly a perfect one for BMW, forecasting on the successful future of cryptocurrencies. Their buyers who are Bitcoin traders too will have an opportunity to get a new or used BMW for particular BTCs. Moreover, other people have their prepaid debit cards such as My Vanilla. In this case, you have an opportunity to trade your cash for equivalent BTCs. Certainly, there is a lot you can do with your Bitcoin or your valuables for the acquisition of BTCs.

From the latest information from BMW, the dealership which has four outlets across London, it is the third largest stop-shop for new and used BMWs. Even though many people have associated cryptocurrencies with Lamborghinis and Ferraris, this is a new wave of association to BMW. This way, the auto vehicle industry is undergoing a revolution because of the use of cryptocurrencies. Barely, half a year from 2017, a lot has happened in the industry concerning cryptos and cars.

For example, Jason Engel the owner of Classic Recreations started out by accepting Bitcoin as payment for their custom Ford cars. Beyond doubt, the chances are high that they will also accept other cryptocurrencies such as Bitcoin Cash, Ethereum, Litecoin, Docademic and others. These are just some of the cryptocurrencies that Classic Recreations would consider adopting, but there is a wide variety of crypto coins to consider.

From their comment, Jason Engel said that his entire life he has had a fascination for technology. Since cryptocurrencies are a new wave of evolution, there is certainly no reason not to consider adopting them. He further said that cryptocurrencies have come a long way and thus will soon become legitimate currency across the globe, as they continue to be more solid.

What Your Handbag Says About You