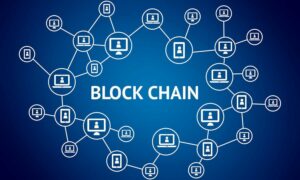 Failure of ICOs in developmental phase

A current look at the state of the cryptomarket sends a “caution” signal to potential investors. The market has been experiencing what has been dubbed the “bear market” with several of the cryptocurrencies facing a plunge in prices including the Bitcoin. Furthermore, according to the Q2 2018 market report published by ICO Rating, more than half of the ICO projects could not raise more than $100K and several other blockchain projects failing at their initial stages.

From Idea to Development Stages – A failed state of ICO Projects

More than 80% of the projects have failed at the developmental stage and could not pass the idea stage, according to the report. The same has been observed in investors confidence where investment in ICOs that are in the idea stage were at their lowest in the last quarter. It has been observed that the market participants have become more mature in 2018 as compared to that of 2017. This is seen in the funding pattern of last quarter where projects in the execution stage received more investments compared to the ones in the developmental stage. Blockchain projects with minimum viable product in the market have received staggering amounts of investments. Blockchain believers are surely not speculating and are aware about the potential of this revolutionary technology.

The funds raised by ICOs, depending on the life cycle of the products and services offered by different projects, reveal staggering and depressing results. Projects at the idea stage were able to raise a meagre $4.5 million on average, compared to the projects which are already in either Alpha, Beta, MVP, or Fully-ready product stages. About 58% of projects at the development stage were unable to witness any success and could not even raise half a million dollars. In spite of all this downtrend, a very optimistic scenario has been seen in the ICO market in the last quarter wherein the investment in the number of projects at the idea stage has increased by 10.83% compared to that of the previous quarter.

The highest percentage of unsuccessful ICOs in terms of product readiness arose from projects at development stage.

The sad truth of the failure of ICOs at the development stage can be attributed to distrust of investors in these projects and can even be blamed upon the industry for not coming up with impressive and innovative ideas. The other factor can be a lack of information about these projects to relevant investors.

The Race to Staying Ahead and Relevant

In line with the crypto volatility, most of the top players are working hard to put their project in the race for the most successful projects in the blockchain industry. One of the latest trends has been the creation of digital identities via blockchain where identities and ownership are democratized.

The analysis of platforms already implementing decentralized ID frameworks gives a clear picture of varied solutions provided across different platforms. To ensure proper decentralized identification protocol, many digital players like Civic, QTUM, NEO, and Metaverse have already started using digital identities to guarantee transparency and security to users. As the technology buds, it is essential to understand how this framework operates and how the results are different across various platforms.

THEKEY is a project that uses the NEO blockchain and smart contracts to provide digital assets and identity solutions. THEKEY creates identities by using their native token TKY, which makes it difficult for other NEO blockchain projects to interact with THEKEY.

QTUM is another project that uses a third party DApp, IDhub, to create identities on the blockchain. After creating the digital identity, IDhub then links to various public addresses and provides a token for each user. However, the use of QTUM is hectic and intense as it requires developers to use mainstream programming language to create smart contracts for launching their DApps. Thus, making it difficult to use.

Civic, another respectable player in the Digital Identity space, provides a secure identity platform that uses a verified identity for multi-factor authentication on web and mobile apps without the need for usernames and passwords. Though Civic has a good concept, the design of their ecosystem means that users need to transact in their native CVC tokens for verification services.

Metaverse on the other hand provides these solutions in a unique way. Metaverse SuperNova allows developers to avoid complexity in using programming languages and is very cost efficient. Metaverse is also scheduled to adopt a built-in smart contract framework, which makes creating digital identities very easy for both developer and users. The Metaverse blockchain allows easy interaction among users with only one Avatar (digital representation of user’s identity) account. An Avatar’s private key tracks identities of the user by using transaction records linked to the public transaction address. It is mandatory for users to create an Avatar to create digital assets and link these assets for proper recognition and validation on the blockchain.

In The Face of Bear Market, One of the Earliest Blockchain Projects Spearheads Growth in Technology

Even during the crypto-market downturn, one of China’s earliest blockchain projects, Metaverse, has shown resilience towards the recent drop in the market.

Largely because of its SuperNova technology introduction to the blockchain community, Metaverse now has a few new technologies that connect Digital Identity and Digital Asset. Ever since its mainnet upgrade, Metaverse has risen to the top 50 blockchain projects in the world and is proving that Digital Identity paves the way for the future of the digital economy.

Collective Acceleration Might Be the Missing Link to Blockchain

Currently, blockchain projects and their communities are standing behind those they favor or projects they believe can reap the greatest rewards. However, in the bigger picture, considering that the cryptocurrency industry stands at less than 1% of the market share of the rest of the global financial markets, the crypto market is still anticipating the growth and acceptance by the mainstream financial market.

In spite of investment growth, one should pay attention to the potential of collaboration in the entire market. By building more products for traditional enterprises and applications to onboard into blockchain technology, the blockchain community can grow collectively.

Perhaps we should start thinking as a collective rather than as competitive foes. This might allow the blockchain industry to grow at an even more rapid pace and gain more acceptability in the mainstream world.

5 Tips for a Successful Trade Show