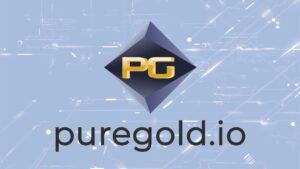 Digital assets are poised to replace fiat currencies and become the industry-standard for transactions within the next 20 years. Cryptocurrencies, perhaps the most widely known and most promising applications of ‘virtual money’, offer a number of advantages over conventional forms of payment.

A defining feature of most cryptocurrencies is that they are distributed in nature, meaning they are not issued by a central authority. Therefore, there is no risk of government manipulation. Digital assets are also extremely accessible (to anyone with stable internet connection) and cryptographically secure such that they are near impossible to counterfeit. Clearly, a shift to internet-based valuables is the inevitable future.

The outstanding problem with today’s cryptocurrencies (Bitcoin, Litecoin, etc.), however, is that they are architecturally unprepared to support mass-adoption. Furthermore, their incredible volatility, while attractive for financial investors, does not align with the consumer market.

PureGold aims to solve for these points of friction by developing a gold-backed cryptocurrency and payment gateway. They have attracted a team with many years of combined experience in and around the fintech world to launch the initial coin offering (ICO) of their proprietary ‘PGT” and PGG (Gold-Backed) tokens. In doing so, they will accelerate their vision of “worldwide adoption of gold as the de facto international currency in all commerce transactions.”

Why use gold? For generations, gold has been the de facto means for international currency valuation. Though, as of the past 50 years, the United States is no longer on the official gold standard, the element still plays a major role in driving the global economy. Demand for gold skyrockets during inflationary periods due to its inherent value and limited supply.

This tendency demonstrates several implications. Most important is the idea that its supply cannot be diluted, meaning gold can retain value much better than alternative forms of currency. It can, as a commodity, also be used as an effective hedge against inflation.

Puregold has cleverly paired the key features of gold (stability, predictability, etc.) with growing consumer-demand for digital assets to create a highly transactable and accessible cryptocurrency. Effectively, the digitization of gold solves a centuries-old problem: gold has always been an extremely difficult asset to safely store and move around. In the “old-days,” people would have to buy gold blocks, verify them and place them into a secure vault. This process was extremely manual, error-prone, laborious, expensive and extremely vulnerable to hacking.

Puregold leverages the blockchain to expedite this process, making it quicker and easier to protect your gold, reduce expenses and transfer capital. They do all of this while protecting your asset from theft and fraud.

Originally established in 2010, Puregold has operated as an internationally-acclaimed e-commerce store selling value-added gold and silver coins. They quickly became Singapore’s premier private mint. In addition to owning/operating physical retail stores, they also managed an online platform, called Bullion Currencies, which “empowered merchants and consumers to use gold as the base currency for all transactions.”

They provide an online platform where customers are able to buy and sell gold, and also use the gold as a means of payment when purchasing goods and services. Stemming from their years of experience and iteration over this problem-statement, Puregold is uniquely positioned to make a tangible impact on the space and enter the arena of electronic gold exchanges.

With budding momentum and extensive expertise in this domain, their ICO will make them the first payment gateway that uses gold-backed tokens to crowdfund their offering. Specifically, they plan to distribute two digital tokens, PGT and PGG, which run on two independent ledgers. PGG is supported by physical gold and acts as a digitized crypto-asset.

The Puregold currency is developed on top of the native Ethereum ecosystem, offering all the benefits of a blockchain (full traceability, cryptographic security, immutability, etc.) and multiple-source language implementations that garner an active community. The Ethereum chain will offer key features like consensus, accountability and general transparency.

Their platform relies on a transactional blockchain, ensured by a powerful system of smart contracts which “have the ability to validate a transaction, providing consistently auditable and verifiable results.” The Ethereum chain will run on a private network, “avoiding the overhead costs of infrastructure fees, transaction latency and risk of independent developers overwhelming the Puregold blockchain with their own contracts.” This will mitigate downtime and control block times, resulting in fast, efficient and standardized gold exchanges.

The Puregold team is working with a number of different stakeholders to bring their product to market. Cryptocurrency traders will use PGG tokens to “hedge against broad cryptocurrency volatility. It can also be used to convert alternative coins into fiat currencies.” Typical investors can easily swap other cryptocurrencies, including Bitcoin and Ether, for PGG tokens to diversify their portfolios. And finally, independent professionals as well as larger enterprises can use PGT coins to receive payments for goods.

At a high level, this ecosystem-model promises to have a major impact on the financial world.

Including seafood in your children’s diet – the guide