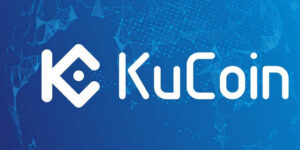 Finding a solution to the payment system has become a significant issue for the Blockchain technology. Some decentralized systems have already used the Blockchain tech and are aiming at making the financial system unswerving whereby there will be no involvement of middlemen. Stella Lumen came up with the concept to carry out their idea of a distributed ledger worldwide. They are finally announcing the extension of their scope and XLM; their currency has been listed at KuCoin exchange market.

Stella is a Blockchain project that aims at bridging the gap between the people who oppose cryptocurrencies and traditional centralized monetary firms. Stella plans at doing this through integrating the recent financial environment instead of creating a fresh economic model. This will thereby help in delivering the merits that Blockchain is offering and at the same time work together with the existing banking systems.

KuCoin is an exchange market that has an excellent reputation and guarantees its partners and users safety, credibility and dependability.

Stellar XLM is officially open for people who wish to make deposits instantly although buying will begin at 19:30 (UTC+8). To add on it, selling and withdrawal processes will start at 20:00 (UTC+8). KuCoin’s app for Android and IOS is open for other connected transactions or still use their website, www.kucoin.com.

The brief introduction to stellar XLM

Stellar is a distributed Blockchain network that is ledger based and database that facilitates a transfer of asset value which can include payments. Stellar’s native currency is known as Lumen XLM. Therefore, stellar is a payment system while XLM is its cryptocurrency. Management of the Stellar coin is known as Stellar.org, which is a non-profit making firm.

The following are features of the stellar network and its cryptocurrency;

Stellar is an open source, decentralized and distributed system that enables transmission of asset value. It is one of ICO’s options apart from Ethereum, though it does not manage all software types.

It can manage both fiat- based currencies transfer together with transfer between cryptocurrencies.

Lumen has low transaction charges which have a lower fee equating less than 0.00001 lumens related.

Like Ripple, Stellar organization, a firm that manages stellar, is centralized and facilitates Peer to Peer transactions across platforms and other microtransactions.

Being open source and decentralized, Stellar network and stellar.org, a non-profit making organization, have the advantage of being considered a little bit more like a traditional company as they can form networks with other organizations. On the other hand, they have a community-owned vibe that is possessed by Ethereum and bitcoin being open sourced and distributed.

Stella is well known for its use of unique consensus method which entirely exclusive in the Blockchain environment. This method uses a federated byzantine agreement model.

Stella is creating a common international financial platform by adopting a bipartisan stance that focuses on providing solutions to the banking systems and availing low-cost commercial services, instead of concentrating on the centralization and decentralization debates. Although Stellar is not entirely decentralized, it has the potential to better the existing international inter-banking payment platforms.

Stellar’s settlement time ranges from 2 to 5 seconds and abide highly to regulations, making it more appealing to the centralized financial platform.