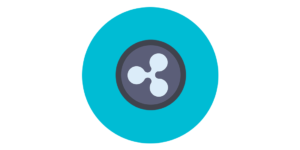 The cryptocurrency craze is here and it is not going away. Admitted it will have its ups and downs, like now, but the genie is out of the bottle and I doubt that anyone can get it back in.

In the last few weeks bitcoin was the star, rocketing sky high, only to cool down to a normal level. As is nearly always the case, there are a few who get to ride the tide and Ripple was one of them. If you take a look at the XRP chart you will notice that it, more or less, followed bitcoin’s surge, and fall. The only difference is that XRP (the actual Ripple currency) is not a cryptocurrency like bitcoin, Ripple is a product devised as a financial tool.

Ripple provides one frictionless experience to send money globally
using the power of blockchain. By joining Ripple’s growing, global
network, financial institutions can process their customers’ payments
anywhere in the world instantly, reliably and cost-effectively. Banks
and payment providers can use the digital asset XRP to further reduce
their costs and access new markets.

Even though not much is happening with the Ripple course, the RippleNet is gaining momentum. The telecommunications company IDT Corporation and MercuryFX, responsible for currency exchange, plan on using Ripple’s platform, xRapid, and the associated token XRP for future online currency transfers.

The companies expect Ripple’s xRapid solution to settle more transactions at a lower cost and give them more financial flexibility by reducing, or even eliminating, the need to hold nostro accounts.

Ripple, unlike bitcoin, was not made to disrupt the markets. On the contrary, it was made to serve the markets, that is why there is a very slim chance of it ever being blocked or prohibited. On the downside, being a fully mined cryptocurrency that is controlled by a company the chances are also slim that it will become a go to currency for speculators.

The recent craze has brought along a lot of self-acclaimed gurus and loads of hobby investors, hoping to become overnight millionaires. This will definitely contribute to a series of extreme hikes and falls in cryptocurrency prices but no one really knows where it is all going. Some say Ripple is good for $4 – $4.5 on the long run, if it should break that barrier then things will become unpredictable, like always.

How can stand-up comedian use SecureTribe for engaging their devoted VIP Fans?