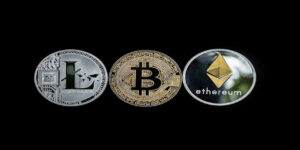 When you hear about trading and investing, most likely stocks and bonds will come to your mind. It is also possible that you think of commodities, currencies and the likes. However, if you walk into a mutual fund manager’s office and he talks about bitcoins, you would probably give him an odd look, assuming he or she is not keeping close tabs to the latest financial news.

Bitcoin was introduced in 2009, as an electronic currency. Bitcoin works independently and is exchanged through its own payment network. Bitcoin can be stored in a virtual wallet and has been described as a cryptocurrency; a decentralized, peer-to-peer currency which relies on cryptography to facilitate currency generation and transactions. To prevent double-spending, computers known as “miners” receive transaction fees and free Bitcoins in exchange for running a proof-of-work system.

How to Make Millions Investing in Bitcoins and Cryptocurrency

You have two options: bitcoin mining or bitcoin trading/investment. By mining for Bitcoins, as long as the markets remain active you can basically make money for nothing. But the problem is, mining is such a tough gig now that it is hardly worth it. Turning your computer into a miner will likely make it noisy and heat up.

It would likely take you a long time to even mine a single Bitcoin, by which time you probably would have spent more on electricity. However, if you have access to some serious computing power and you don’t have to pay the bills, you could make some easy money here.

The more realistic way of making a million with Bitcoins is going to be trading them through the most prominent exchanges, such as Coinbase. Back in 2011, you could have bought Bitcoins for $10. Selling them at $1,000 today would have delivered a profit of $990 per Bitcoin. Basically you should have bought about 1,000 Bitcoins back when they were cheap. This would have cost you around $10,000 in 2011, making you a millionaire today.

Other Ways to Invest in Bitcoin and Cryptocurrency to Make Millions

It’s important to remember that Bitcoin is a currency – not a stock or bond. This means that “investing” in it is like investing in a currency. You’re essentially hoping the value of Bitcoin relative to your native currency goes up.

The easiest way to invest in Bitcoin is to simply get a Bitcoin wallet and buy Bitcoins. We recommend Coinbase for U.S. investors – it’s the easiest, links to your bank account, and allows you to buy and sell Bitcoins. Plus, if you buy $100 USD in Bitcoins, Coinbase will give you a $10 bonus! That’s awesome.

If you want to invest in an ETF through your broker, check out the GBTC at Stockpile. This ETF tracks Bitcoin, and you can invest in fractional shares. Get started at Stockpile and get $5 for free. Start here.

Remember, you could also invest in Litecoin or invest in Ethereum as well. There have been many interesting tales about people who have made a lot of money by taking advantage of the golden opportunity. One of the most sensational stories is that of Erik Finman, a high school student who became a bitcoin millionaire by investing in cryptocurrency.