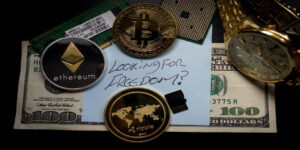 2017 was, with no doubt, the biggest year for cryptocurrencies. It saw the biggest currency by market cap rise from $999 at the beginning of the year to rise as high as $19,000 and closing the year at $13,800. As the year 2018 starts, it can be hard to predict how different currencies will perform. Looking back at the prediction at the closure of 2016, some cryptocurrency experts had predicted that it would hit the $3000 but as it is evident, it surpassed that mark by over $10000. The first week of 2018 has seen the rise and fall of some cryptocurrencies.

How did the hype about Ripple start?

Towards the end of 2017, Ripple gained so much hype that saw its price rise from below $1 up to $2.6. Its market cap also overtook Ethereum to become the second biggest currency by market cap. However, the hype and happiness did not last for long and we have witnessed a drastic fall in ripple’s price. This is after the coin market cap decided to exclude some Korean exchanges from the calculations because there is a high variance in prices from the rest of the world. This move saw it drop to the third position to over $72B market cap. Experts claim that the currency started the year on a very bad note dropping by 34% in the last 7 days. However, some experts are optimistic and think that this is the worst phase for ripple and that it is going to come up very soon. Leaving ripple performance, here are some of the interesting cryptocurrencies that experts say you should consider investing in.

Bitcoin has to be the first one on this list. Launched 9 years ago, its potential was seen last year when it increased by 1281%. As much as it was slightly affected by the announcement of South Korea on trading crackdown, it has maintained a steady price of around $15,000. Some financial analysts have seen this as a bubble that is bound to burst but as Mr. Pott, a bitcoin expert, told the Australian Broadcasting Corporation, this might not be a bubble but a price discovery with its prices going higher. Also another crypto firm founder, Julian Hosp said that bitcoin had the potential to get to $60,000 in this year but due to its high volatility, it might also drop as low as $1,000. These two are very possible but it is not clear which way will it go first. Analysts believe that this is the right time to invest in bitcoin. 2018 will be bright for bitcoin its market cap is also increasing with the current standing at $240B.

It is not only the second one on this list but it is also the second largest by market cap with the current stand at over $127B. Cryptocurrency experts suggest that 2018 could be the Ethereum’s year just like how last year was bitcoin’s year. According to statistics, it opened the year at $752 and as at January 10, it had gained 70.6%. Looking at the movements of top to currencies on the coin market cap, it is the one of the few that are maintaining a steady increase in prices.

It is not late to invest in Ethereum. People who invested in bitcoin when it was at $1000, today they are reaping all the profits.

Stellar has been one of the invertors’ favorite since the beginning of the year. It is one of the most promising currencies for 2018. With its market cap tripling in a span of one week, it became number 8 with $10B on Jan 8th but it has been overtaken by IOTA and dropped to number 9 with a$9B market cap. Founded by the same founder as ripple, it stands a better chance as it is decentralized and according to their website, it purely a non-profit organization and covers all its accrued costs. At the time of writing, it’s price is $0.55 and analysts says that this could be a great year for this coin too.

These are the three major coins to watch and aBitGreedy offers a guide and great insights on the profitable currencies to invest and trade. In this platform, you also get to know the right tools for trading cryptocurrencies.

The Importance of Teaching Design for Marketing Applications