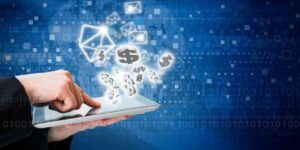 The technological age has evolved for the better, with innovations in all industries ranging from commerce, retail, finance and even trade. There’s a new industry called financial technology that has been pushing forward blockchain-based developments and exchange platforms. The Fintech industry is open to a lot of possibilities that focus on technology as the centre of all developments, processes and platforms.

People believe that fiat currencies like Dollars, Euros and Pounds could be history as we know it. There are new payment methods that allow peer to peer electronic transactions, which are better known as cryptocurrencies. Digital currencies, cryptocurrencies or electronic coins are blockchain-based tokens that aim to solve a certain problems, whether it’s creating a new currency for digital trade or developing smart contracts to enable secure transactions.

DasCoin, Ethereum, Litecoin and all other altcoins hold the potential to surpass the current king of cryptocurrency, Bitcoin. Here are some of the indicators on good altcoins:

1. Clear goals, technology and development presented in the whitepaper

The whitepaper is the technical road map or guide of a project. Most blockchain ventures have goals which are attainable and clearly presented in their whitepaper. The best whitepaper walks an average user through the technology, development and methods being used in the altcoin such as DasCoin that makes use of KYC or Know Your Customer to authenticate the users.

There are currently hundreds, if not thousands, of altcoins available online. Since cryptocurrency is traded in the digital space, its digital presence is largely indicative of what kind of coin it is. The higher quality coins are largely promoted by peer investors as well as experts in the cryptocurrency, while the coins that need improvement don’t stand out that well.

The best way to know if an altcoin has potential is to know the persons behind its development. The more experiences that the team members have, the better chances the altcoin has in succeeding and completing its blockchain goals. Altcoins with good team members are more likely to develop further into better tokens, whereas new developers may still be confused about the process.

However, it’s important to note that new blockchain professionals may still be as competent as those established ones with the right background.

The Status of Financial Technology

While some are still skeptical about the new industry, many have embraced the progressive nature of Fintech. In 2017, the banking spending in North America on new technology alone was worth over 19.9 billion USD (United States Dollars). In other countries, financial technology has been picking up but it’s only pending compliance and regulations especially in the European countries.

With trade exchange platforms signing up for government acceptance and regulated security tokens trading under scrutiny and development, digital currency trade is expected to boom even further in 2018 to 2020. It’s not too late to join the cryptocurrency wagon and reliable coins like DasCoin or Ripple could be the next Bitcoin in the trade.

Is Your Business Struggling to Meet Targets? Here’s How You Can Turn the Stats in Your Favour

The advantage of marketing your brand through text messages