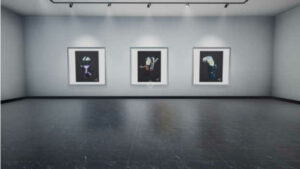 Virtual and real world are often defined in opposition, to the point that they are presented as almost being hostile to each other. As non-fungible tokens (NFTs) or digital collectibles exist in a “virtual” world, their home must be kept separate from the physical world as much as possible, correct? Actually, this is not true of Terra Virtua’s Kolect token (TVK) which aims to bridge the gap between the digital collecting hobby and the real, tangible rewards you can claim for it in your physical reality. How do they do that? By bridging the gap between these two “realities” so as to benefit both of them.

Squeezing the Best Out of Both Worlds

In 2019, Formula 1 organized an auction of the NFTs which are integrated with its official blockchain-based game. In line with its theme, the collectibles within the game included unique cars, drivers, gear or equipment. By collecting these, the participants could receive utility tokens which opened doors to getting real-life rewards, such as money-based prizes. So, getting your hand on a unique piece of digital equipment such as a virtual tire from a game could earn you a place in the grand prix competition and a piggy bank full of good old money.

Terra Virtua, the world’s first mass-market NFT platform, goes beyond this in its mission to create an ecosystem which, instead of burning bridges with the real world, builds robust links with it while sticking to its virtual credentials. This is achieved by bringing together the fans, the digital art creators and intellectual property owners under one roof. This roof is held in its place by the beams featuring the logo of its Kollect token. Welcome to the TVK club at which loyalty and prestige are well-rewarded in both physical and virtual worlds.

Fandom Does Not Stop at Virtual Gates

Imagine a situation in which buying digital merchandise related to your favorite flick can get you a tour of the physical place at which the movie magic was created – a film studio, for example. Yes, getting hands on TVK tokens means more than using it as a virtual fuel which Terra Virtua’s ecosystem runs on. Here, you can earn tokens simply by being a fan and acting like one – having a big enough collection of, say, Top Gun or Pacific Rim memorabilia, can get you a trip to the film studio at which these movies were made, or a chat with your favorite artist. Or, you get to wear a real pilot helmet your favorite character wore in that key scene in the movie. The idea is to redefine what it means to be a fan in the world of intertwined realities, be those virtual reality, augmented or the physical one.

The system that distributes rewards across these realities is called ‘Terra Virtua Prestige’. Each time you set aside a handful of tokens for staking, you are getting closer to earning a membership in it. The word “prestige” should not fool you into thinking that this is a club with old gentlemen in frocks smoking (virtual?) cigars – its doors are open to anyone who wants to take their fandom to the level in which your digital FanCaves with unique collections will have a VIP door to the real-world treasuries. You do not even have to be a passionate digital collector – just taking place in competitions and trading can earn you valuable real-world prizes.

Kolect Tokens can provide you with more benefits from their invisible yet strong links with the so-called real world. Fortune favors the bold, they say, and Terra Virtua wants to do the same to the owners of Kolect tokens who want to reinvest in its business vision, or make use of it to monetize their own artistic impulses. What does it mean?

Well, for some, being a digital collector may sound like a one-way street in terms of the nature of the interaction between the artist or IP and a fan. In that case, nothing stops you from tokenizing your own internal muse. Do you want to see your digital artwork on a piece of merchandise such as a t-shirt? You can make very real money from each physical item sold that way, too.  Do you want to offer special previews and rewards to TVK owners or even create your own fan tokens?  Terra Virtua and Kolect will lend you a friendly hand.

You do not even have to be an artist to qualify. Actually, you can be just a person whose very brand is your reflection in the mirror. You can grow your brand and influencer status by creating something worthy of digital collecting and rewarding true fans with real-life rewards such as meetups, physical merchandise etc.

In all cases, the common language spoken between you as a fan or a creator will be TVK token, whose tireless circulation on the Terra Virtua platform will bring it closer to transforming the world of global artistry and fandom, both in digital and physical worlds we now equally inhabit.