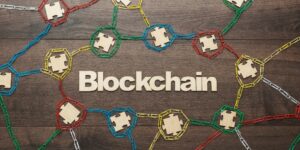 Thanks to the infamous 2016 hack of the original DAO, DAOs (Decentralized Autonomous Organizations) have languished on the sidelines of the blockchain world. Since the hack, DAOs have been viewed as more of a thought experiment rather than viable structures for organizations.

That perception is slowly, yet surely, changing. DAO-building startup DAOstack recently sold out their ICO in under two minutes, indicating serious interest in the future of DAOs. More sophisticated building tools, a greater understanding of crypto security issues, and a higher blockchain adoption rate are all driving DAO development. Future DAOs will not be curiosities. Instead, they will be viable, unique social forces.

How will DAOs change organizations in the future? To predict their impact, it helps to understand precisely what makes them so unique. Paraphrasing organizational theorist Arthur Stinchcombe, Adam Hayes writes that “contracts are merely organizations in miniature, and by extension, all organizations are just complexes of contracts.” In DAOs, those contractual relationships are recorded and enforced on actual blockchain smart contracts. Because smart contracts self-execute and run on a decentralized network, they don’t require third-party verification or enforcement to function. These qualities mean that DAOs are capable of forming radically different organizations than those prevalent in society today.

Most organizations now–in fact, most organizations in the history of human civilization–use a top-down leadership hierarchy. In theory, groups have leadership power concentrated into one person or a small group of people (e.g., a CEO, king, or council) to keep the group functional. In practice, executive leaders are not always effective or community-minded.

In place of executive leaders, DAOs practice democratic decision-making. Smart contracts can assure that all votes get counted. DAOstack is about to launch one of the first governance modules available in their suite of DAO-building tools; their module illustrates how a DAO democracy could work. Alchemy is a Dapp that helps DAOs make decisions collectively through a process called holographic consensus. Any token holder can make community proposals and stake tokens for or against them, while full voting rights only go to members who have an established track record of supporting and contributing to the DAO.

Relationships within organizations often sound neat on paper, but they’re usually messier in practice. Incentives among participants might be misaligned (e.g., a hiring manager may prefer their friend to fill a vacancy over a more qualified candidate) or relationships may be warped by incomplete or inaccurate information (e.g., the wrong team member gets a raise because they claimed credit for someone else’s work). Poor management decisions and unproductive workers are typical results. In addition, more severe problems such as wage theft cost U.S. workers billions out of their paychecks a year.

As organizations change, the kinds of roles available in them will change too. In DAOs, members are more like free agents who participate via agreed-upon terms rather than traditional employees. Because the administrative burdens of managing the relationship between the member and the organization are so much lower in DAOs than in traditional organizations, a wider range of relationships are possible.

A worker could participate in a DAO, for example, by taking on higher-level responsibilities with higher pay when they need more income, and lower-level responsibilities when they need a break. Freelancers could participate in multiple DAOs at once while retaining distributed leadership rights in all of them. Collectives of workers could decide as a team which projects to take on, or what direction to take their company.

The collective structure of DAOs isn’t just useful for companies; any organization, formal community or shared venture could be decentralized via a DAO. Chelsea Rustrum, writing for Hackernoon, recently considered whether the Couchsurfing community could take the form of a DAO. A DAO, she argues, would provide a community-driven organizational structure that better represents the democratic, DIY ethos of the Couchsurfing community, rather than a venture capital-funded centrally managed private organization.

DAOs may seem like a high-minded thought experiment right now, but more and more real-world examples will prove that DAOs’ potential is very real. These organizations will undoubtedly shape the future of how humans organize into groups and live their lives.

A Beginner’s Guide to Payment Processing