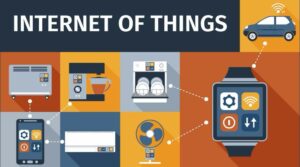 The number of devices linked to the internet of things (IoT) exponentially grows daily. As this expansion occurs, an increasing number of businesses are beginning to recognize this technology’s potential for enhancing internal and external processes and as a means for engendering growth.

It is not only the number of devices that continues to swell, however, the variety of devices is also exploding. According to a report from Gartner, a research and advisor firm, there will be over 20 billion connected things in use across the world by 2020.

While this is certainly an exciting prospect, it has also created great challenges and complications. One of the most prominent obstacles is the dire need for a secure model under which devices can conduct functions such as processing, sensing, information storage, communication, and other vital tasks.

Under the current security model, which is largely centralized, businesses will undoubtedly wrestle with scaling to meet the ever-growing demands that IoT puts forth.

There is, however, a potential solution to this conundrum: Blockchain technology.

Blockchain offers the IoT world an alternative to centralization as the heart of the tech revolves around decentralizing all forms of control, effectively making it more scalable and flexible than traditional models.

Moreover, since blockchain technology is largely adverse to data tampering (albeit with the 51% attack caveat), this could prove to be a major safeguard against hackers that seek to relay false information which could corrupt a system.

While blockchain technology is still considered to be periphery by most, it is beginning to make its way into the mainstream thanks to its revolutionary applications; the technology has effectively been labeled as “world-changing” but its highest potentials have still yet to be discovered.

As the technology relates to the internet of things, blockchain could very well enable the ecosystem to free itself from centralized control and become a much more secure and autonomous system.

Streamr: How Blockchain and IoT Will Meld

Blockchain is a means for a decentralized network to support, monitor, and document online transactions; Bitcoin was essentially the first use case that proved the technology to be viable.

Through this scattered paradigm, blockchain serves as a “self-powered ledger” which can maintain a (nearly) unchangeable record of all transactions across various nodes within a network.

This means that any inputs to the network would be able to securely share information.

Here is where the rubber hits the road and blockchain exposes its practicality and suitability for integrating with the internet of things. Operating through this technology, IoT devices can safely store, organize, and share the necessary data.

In fact, this concept has been tested across several different scenarios. In one operation, a smart washing machine – Samsung’s WW9000 – proved capable of detecting that it was low on detergent, and then automatically placing an order for more, which the machine can pay for with bitcoins or ethers.

Afterward, the machine’s owner and the organization through which the detergent was purchased can view the order, payment, and even message one another.

As we scale up and initiate more complex scenarios, blockchain technology ensures that security and democracy will remain intact for all parties involved as no one entity is in control of any situation.

Additionally, blockchain based companies like Streamr are finding other practical applications for this pairing.

Streamr is a blockchain-based marketplace for buying and selling valuable data that pertain to IoT sensors, social networks, exchanges, and various other forms of information. It’s off-chain marketplace is supported by the Ethereum blockchain – with the potential for other integrations in the future – that leverages smart contracts to ensure transaction security and speed.

Utilizing “DATAtokens”, users can sell their data to companies or other individuals for these tokens or vice versa.

Additionally, the platform touts many other useful and potentially revolutionary features such as editors and toolkits for rapidly creating decentralized, data-driven apps; as a major plus, these require no prior coding knowledge.

As data that relates to the world around us and our intimately personal habits continues to be funneled into the internet via IoT devices, servers become greater liabilities to the public and the companies that house them. This has been proven time and time again, most recently with the massive Equifax breach that compromised the information of over 145 million Americans.

It is these sorts of instances that should highlight the antiquity and danger of centralized systems. This is exactly why the dispersed, encrypted ledger that the blockchain utilizes engenders a safer environment for information to be stored and traded as there is no one point that could be fatally vulnerable.

However exciting blockchain and IoT’s marriage may be, the security benefits reaped from this merger are merely a catalyst for much greater applications of the technology.

Blockchain’s decentralized and secure nature presents the potential for the world to solve online identity issues that have plagued the system since the digital ecosystem began enabling transaction-based activities.

As Christian Catalini, an assistant professor at the MIT Sloan School of Management in Cambridge, Massachusetts has pointed out:

“The internet was not designed for the transactions taking place today. . . And our communication protocols don’t have enough information about the identity of individuals or devices embedded in them. . . We’re in the early stages of rebuilding our digital infrastructure. . .”

The scope of blockchain’s capabilities are much larger than most realize; far greater than merely enabling data on workout habits to be sold or traded.

This is the beginning of reshaping how online identities are managed and protected, digital transactions are conducted, and security is thought about online.

Blockchain poses massive potential as it related to the internet of things and the future of online security. While there are certainly challenges to be addressed, many are plugging away at these issues to build a more transparent and trustworthy future for digital environments.

5 Ways to Prepare Your Online Store for Cross-Border Ecommerce