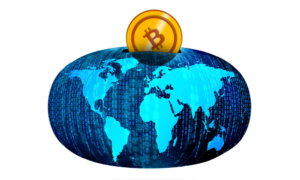 The long tail implications of blockchain technology, in reference to how we can better store and organize the world’s information, are far broader and deeper in scope than today’s talked about hype cycle. Though recent momentum in the industry is definitely exciting, with Bitcoin surpassing $10k and other currencies similarly moving up and to the right, technologists understand that we are still very much so in the nascency of a potentially foundational technological movement. The work on blockchain is really just getting started.

While the time scale is certainly variable (ranging from years to multiple decades), reaching mass endorsement of blockchain, across industries and sectors, is no longer an unlikely circumstance. In fact, many believe it to be an inevitable outcome for our species. Core features to blockchain, like security and accessibility, are overwhelmingly beneficial to a number of different stakeholders. The question is becoming less about if blockchain and more and more about when.

But what will it really take to drive mass adoption? When will cryptocurrencies, for example, reach the public?

SparkleCOIN, an emerging blockchain startup receiving a lot of attention, is betting that one of the primary missing components, limiting scale, is the incompatibility of incumbent cryptocurrencies (like Bitcoin) with the modern financial world. Effectively, the biggest blocker of public adoption is that the technology is not designed in such a way to work with the larger fiscal world, which is trusted by hundreds of millions of consumers. As a result, it has become increasingly challenging to not only develop but also sustain cryptocurrencies in the real world.

The SparkleCOIN ecosphere, which supports their crypto-ecosystem, currency exchange, and ‘shopping mall,’ is a group of companies collaborating on different components of the network to ensure that the market adheres to true economic principles.

As they announced on stage at TechCrunch Disrupt earlier this year, SparkleCOIN has developed a highly transactable cryptocurrency, architected to specifically solve for issues of demand, liquidity, and adoption. Broadly speaking, their “infrastructure enables you to use SparkleCOIN in real world transactions for goods and services.” What that means, for everyday consumers, is that you can finally use cryptocurrency to “purchase products and services from the world’s most trusted online retailers such as Amazon, Walmart, Target, Wayfair, and others.”

‘VCoinMall,’ their front-end order management and payment service, empowers customers with this option to shop with SparkleCOIN. When a transaction is made on the platform, the built-in algorithm automatically trades the coins for fiat currency (which is used to pay the e-tailers fulfillment). This is not their attempt at becoming a merchant, broker, or exchange, but rather, as they describe, their creation of a “peer-to-peer” e-tailer which connects customers with the goods they want and need.

Another big blocker that SparkleCOIN aims to solve for is the illiquid nature of digital assets as a whole. Currently, the inaccessible nature of most popular exchanges means that most currencies never emerge out of their fledgling stage. VCoin Exchange, another component of the ecosphere, resolves this issue by providing an immediate and instant trading platform for SparkleCOIN to be traded with Bitcoin, Ether, and USD.

More than that, the exchange also houses a payment gateway designed specifically for cryptocurrencies. At a high level, this has the poise to become the “paypal for cryptocurrencies,” enabling merchants to accept digital assets at an extremely high volume. As one of the first movers in this space, SparkleCOIN could supplant the need for bulky payment services, that demand expensive engineering teams and tons of setup time, thereby accelerating accessibility to the digital economy.

In just a few clicks, interested partner retailers can simply setup the appropriate store extension via VCoin Exchange and, free of charge, accept cryptocurrency payments. This eliminates friction that currently exists when entrepreneurs set up their payment mechanisms.

This system also reduces uncertainty common to most cryptocurrencies, as their prices are always changing. With VCoin Exchange, the merchant gets paid the sticker price listed on their offering, regardless of the volatile price point of the digital asset, providing the stability and predictability that the industry has needed to drive adoption. With over 1.6 million digital storefronts currently open for business on the internet, there is massive potential to make cryptocurrency an ubiquitous form of payment.

If executed effectively, this is a monumental step for both the public, as well as global enterprises. As we get closer and closer to a world with blockchains common across a wide variety of industries and use cases, it will be interesting to see how companies, like SparkleCOIN, leverage technology to solve for humanity’s biggest obstacles.

Recognize the Reasons Traders Fail – Stay Away from Possible Pitfalls

6 Tips to Help Your Child Overcome Their Fear of Dentists