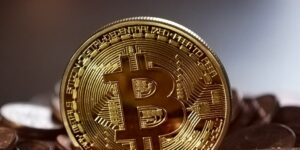 Blockchain is not just limited to cryptocurrencies like Bitcoin. The technology shed its ‘cryptocurrency skin’ in 2012 when Vitalik Buterin designed and deployed Ethereum -– the first-ever open blockchain platform.

“Hundreds of blockchain platforms have been introduced since then and they are now changing the way most technologies work. However, Ethereum’s capability to handle applications beyond cryptocurrency has earned it the nickname Blockchain 2.0 by several tech enthusiasts and visionaries,” said Vineet Chaturvedi, CoFounder, Edureka.

The demand for trained people in blockchain is on the rise in India companies but there is not enough skilled manpower yet. “We have seen firms where mid-level IT managers have been told to setup teams around blockchain. But they are struggling to find team members. Also, many managers have started to take up blockchain courses only after they have been assigned with this responsibility,” added Chaturvedi.

On the brighter side, more and more people are taking up blockchain courses. “There has been a 157% increase in people learning Blockchain from Edureka since the time we launched the course in July. Total percentage of people taking Blockchain courses from us, India accounts for 53%. Out of this 53% from India, 42% of the learners are from Bangalore, followed by Hyderabad at 16% and Pune at 6%. In fact, adoption in Bangalore has increased by 5X since launch in July,” he said. Edureka claims to be among the first e-learning platforms to launch a blockchain course in the form of ‘Blockchain Certification Training’ in July 2017.

“The Edureka Blockchain course touches upon Bitcoins, its security aspects, the underlying concept of cryptocurrencies, and transaction systems such as Ethereum and Hyperledger,” added Chaturvedi.

India is betting big on blockchain

What prior knowledge do you need to take up a blockchain course?

Little basic about JavaScripts would definitely help in understanding blockchain as a technology. Having said that it absolutely okay for people with little to zero professional technology background to learn about blockchain. “There are some people who are getting trained in blockchain technology, especially people with business and administration background to understand blockchain from the finance perspective,” echoed Chaturvedi. More people can take up interest in the application of blockchain rather than going into the technical side of it for implementation.

What are the kind of jobs?

Who are already taking up blockchain course?

Most of the people who are keen on blockchain courses are from different IT backgrounds. “There is a small percentage of learners from Finance and Security domains. It’s very interesting to see that as much as 8% of our learners for Blockchain are from leadership roles such as CEO/CIO/CTO, Directors, Co-founders, VP & AVP, GM etc,” revealed Chaturvedi. Also, there are consultants, architects, developers and analysts showing interest in blockchain courses.

What are the applications of blockchain?

Blockchain has many other uses that solve real-world problems such as identity, safe transactions etc other than crypto-currency, which is its most popular use. Blockchain is claimed to be a secure channel and be used in:

*Smart Contracts: Blockchain removes any involvement of third parties, but also ensures that all the participants are thorough with the contract details and that all the contractual terms are automatically implemented once conditions are met.

*Protects identity: With Blockchain data can be encrypted and be revealed only when necessary or to relevant people you interact with. This can be used for personal identification, birth and death certificates and can even be applied to passports (digital passports).

Using Blockchain’s distributed ledger system we can make sure that information is only accepted and released to trusted parties. It can be deployed to secure property transactions.

Are We Headed For A Housing Crisis?

How to Sell Your Car