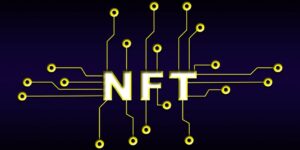 Over the past several months, there has been much debate surrounding the viability of NFTs and the overall Web3 industry. Several high-profile business figures have made strong statements challenging the value and desirability of this future-looking technology.

Microsoft Co-Founder Bill Gates, for example, recently criticized NFTs and crypto, asserting that these digital assets are “100% based on greater fool theory.” He also took a shot at the value of the Bored Ape Yacht Club NFTs, sarcastically joking that “expensive digital images of monkeys are going to improve the world immensely.”

The commercial opens with Roberts ranting about the risks associated with the “modern-day scam” that is Web3, crypto, NFTs, etc. At first glance, the diatribe seems like just another high-profile personality criticizing these emerging technologies. However, as Roberts continues his damning condemnation, it becomes increasingly clear that something strange is happening. While speaking, to his shock and chagrin, Roberts is gradually transformed into an ape. But not just any ape — he morphs into Bored Ape Yacht Club #7792, aka “Ske.”

The video goes on to promote the recently launched TrufflezNFT, the first-ever NFT project to offer fractional ownership of the IP associated with a legal cannabis grow room. Ske will also continue to be featured as a host for TrufflezNFT content.

droppLabs developed this groundbreaking video as a parody of the recent “pile on” criticism that’s often fueled by misunderstanding. “At droppLabs, we are on the cutting edge of innovation and believe in the power of authenticated digital technology to drive vested value for consumers and companies,” commented Gurps Rai, Chief Executive Officer of droppLabs. “Unfortunately, most people are very confused by Web3, by either the terminology, the application, or both – which has led to widespread criticism. That’s why we focus on translating and delivering this technology in a simple, very impactful way, to deliver transformative solutions for our clients and individual users.”

NVIDIA Recommender Systems and the Future of Retail