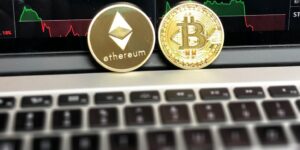 In this day and age, laws and regulations regarding what can be accessed, published, or viewed on the internet have spiraled out of control. From extremes like foreign firewalls–which block access to certain websites like Google and the New York Times–to the relatively less extreme, yet very concerning, like American tech company Twitter’s mass ban of conservative users–like Alex Jones and Milo Yiannopoulos.

Although there are ways to circumvent a censored-internet–like Proxy’s, VPN’s, and Tor–, these solutions are not fool-proof and can be shut down if they are located. And while these tools do enhance your OPSEC (operation security), they can still be traced back to their original request sender, and thus, can be used to identify the individual who is sitting behind the keyboard.

However, when problems that affect many people across the globe arise–like internet censorship– you can almost always expect individuals to be working towards a solution; and that is exactly what Justin Tabb is doing for the internet-censorship problem with his company Substratum.

Substratum–a company founded by long-time software developer Justin Tabb–provides a decentralized-based solution to the internet censorship problem. Through a decentralized network of nodes, Substratum is able to deliver web-based content, to any individual in the world–even if they live in a region with a heavily censored internet.

Because Substratum uses a blockchain’s distributed technology and cryptographically secured ledger, it is not economically feasible for an entity to identify and shut down this censorship-resistant system, and it is nearly impossible–unless human error occurs–to track and identify the individual behind the keyboard who originally sent the request.

How does Substratum Work?

SubstratumNode is the software that routes encrypted internet requests through a neighborhood of nodes, and then back to the original request sender. You can think of the SubstratumNode network as the highway of the Substratum system, creating neighborhoods of nodes that connect to form routes on which the encrypted internet requests travel before they are returned to their original request sender. This decentralized network is incapable of being hacked and breached, and it is virtually impossible for a third-party to pinpoint the request sender and shut down the access they had to a route–because if that does happen, then their encrypted request will simply find another route to travel to deliver the content.

Therefore, individuals—even those who live in areas of the world with an excessively censored internet—have been able to use the SubstratumNode to have content delivered to them that would have otherwise been blocked.

How Does SubstratumNode work

First, a Substratum internet user will have to send an internet request to the Substratum network, and declare the price they are willing to pay to have censorship-resistant access to their target website (you can think of the price they declare as a transaction fee).

“When a Node starts up, it must specify a neighbor to join the network with; this is a social feature of how to get bootstrapped into the network,” Tabb said, “Joining the network with a neighbor, along with other Nodes either entering or exiting, causes network Node “Gossip to occur. When network Nodes Gossip, they share important Node and Network details so that Nodes can automatically connect with others.”

When the nodes gossip, they are sharing information regarding the current state of the Substratum network and the encrypted internet request that is being passed through a route. During this gossip process, the request travels through the nodes along the route that the originating node predetermined based on its knowledge of the neighborhood, before the internet request is returned to the original sender and they are able to access their target website.

On the other side of this transaction are the SubstratumNode operators, those doing the heavy lifting and running the machines that route the Substratum network requests.

Nodes that serve content by routing requests and providing exit services receive $SUB for supporting the network. Operators get to declare how much they are charging for a request to be passed along their route, and internet users (request senders) get to declare what they are willing to pay to receive censorship-resistant internet, creating a free market that determines the pay-out the SubstratumNode operator receives, and the price a Substratum network user pays.

The more SubstratumNode operators there are on the network, the more routes there will be for encrypted internet requests to travel, and therefore, the stronger the network will be. Having a substantial network of nodes makes it more challenging for a censoring body like a government or regulatory agency to pinpoint and block an internet request–and that is one reason why SubstratumNode operators are so important to the network.

Why do we need censorship-resistant internet?

As advancements are made in digital society, and innovation continues to take place on and over the internet, censorship-resistance becomes increasingly important. Having access to every piece of web-based information that is available is crucial to an individuals growth and education, as well as their social and economic standings. Blocking access to information could stifle growth, education, and innovation, and lead to unnecessary inefficiency–these tribulations often materialize in regions of the world where the internet and access to information are censored.

But for the world to operate at maximum efficiency, every individual should have equal access to web-based information–especially since there is no physical barrier to accessing that data. In countries like China, Iran, and Russia, where the internet is heavily censored, individuals are at a social and economic disadvantage since they are ostracized from information that a majority of the world has easy access to. And for that reason, censorship-resistance can, and should, be seen as a social responsibility, emphasizing the importance of solutions to, and the debates around, internet censorship.

Although a few methods exist that allow individuals in Internet-censored areas of the world to circumvent censorship, it would not be surprising to see more problem-solvers follow after Substratum and use modern technologies like the Blockchain to deliver solutions to the internet censorship problem. And given how dire the internet-censorship issue is, you can expect to see more people and companies launch censorship-resistant social responsibility campaigns in the future, and come up with other innovative ways to tackle the global issue of censorship.

The Difference Between Venture Capital and Private Equity with Matthew Ledvina

Healthy Seasoning Mixes to Spice Up Any Meal!

What to Look for When Selecting a Photo Booth Station