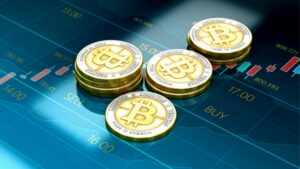 I have yet to invest in a cryptocurrency. The closest I’ve gotten is issuing loans to entrepreneurs for them to purchase Bitcoin mining hardware. Don’t get me wrong; I’d love to get involved in a cryptocurrency venture. While I don’t think they represent the future of money, I believe that their underpinning technologies can be revolutionary. They may even define the future of the 21st century. Indeed, some financial institutions have already deployed blockchain structures to bolster their data security. The possibilities are limitless. But from the standpoint of an investor who seeks a monetary return in comparison to risk, I view most virtual coin opportunities out there as crapshoots. I fail to see how they differ from rolling the dice at a casino. In fact, gambling is probably less perilous. Crypto entrepreneurs who wish to broaden their capital sources would benefit by incorporating the following recommendations into their offerings.

First, promoters must stop claiming that their coin can one day become “the new money.” It is true that our global economic system is flawed. It is also true that fiat (paper) currencies are threatened by inflation and lack collateral beyond people’s faith in them. But any investor who is grounded by reality understands that the government will never allow a cryptocurrency to replace its current tender. Widespread use of untraceable funds would lead to exorbitant rates of tax evasion, money laundering and the ability to finance crimes like terrorism. As much as we all dislike paying taxes, the government would lose its main source of revenue and quickly become insolvent. These tinfoil hat theories must leave the cryptocurrency world for more investors to regard it as a legitimate place to do business. Until then, the market will continue to be regarded as a hotbed for conspiracy theorists.

Second, questions surrounding the legality of a crypto offering should be addressed. It is not presently clear whether cryptocurrencies and their exchanges operate in compliance with the law. Moreover, since transactions can take place internationally, they must also comply in various jurisdictions. For instance, if I sell Bitcoin to a person in another country, am I complying with the rules of that nation? It would be difficult to assess that because of the transactional anonymity. That creates a degree of risk. Regulators, including the United States Securities and Exchange Commission, are cracking down on ICOs and ITOs (Initial Coin/Token Offerings) and even social media influencers who promote them. It should be made clear that the investment opportunity is legal in the relevant jurisdictions. If there is a gray area, then that, too, should be disclosed. A legal opinion from an experienced attorney, on which investors could rely, would be helpful here.

Third, and along the same line, there should be adequate tools for disclosure. It is unsatisfactory to hock an investment to the public by just using snazzy videos and well-crafted websites. While that may lure unwitting buyers, no sophisticated investor will consider a deal without appropriate disclosures. For example, the offering should be accompanied by a prospectus or a tool that complies with prospectus exemptions. These will often be comprised of lengthy (100+ pages) legal material and independently audited financial statements. In addition to underscoring risk, they should tell prospective investors how much management, promoters, and other stands to earn.

The cryptocurrency space is paradoxical. On the one hand, it’s filled with advanced technologies and intelligent people. On the other, the offerings are frequently amateurish and illegal. Crypto leaders can make the industry more appealing to sophisticated investors by professionalizing it. That, in turn, will open the floodgates to capital.

Alexis Assadi is an independent investor and entrepreneur. In 2017, he founded Pacific Income Capital Corporation, of which he is a director and the Chief Executive Officer. Pacific Income Capital Corporation is the general partner of Pacific Income LP. Through these companies and others, Alexis provides financing to business owners and real estate operators. In addition, he advocates for investor education. He mainly invests in income producing assets like mortgages and other real estate products but believes that almost any opportunity can be lucrative so long as due diligence is performed.

22 Sure Shot Link Building Strategies for 2019