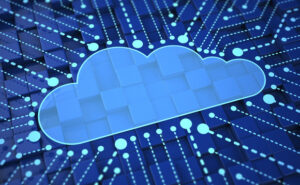 If you’re a technology company, then chances are you have some extra server capacity.

In fact, about 85% of the world’s computing capacity remains unused on a day-to-day basis. For as powerful as technology has become, efficiency still proves to be a massive problem. And as much as we’d like to believe the rise of technology and the Internet has reached a plateau, the rise of blockchain has shown how much more efficient things can get.

For those that don’t know, blockchain technology has already in its infancy proven to be an answer to some of the world’s largest industries and their longest-standing problems. Blockchain technology is already being tested by the likes of Walmart and IBM to improve food safety and supply chain tracking, and even the Walt Disney Company has begun dipping its toes into the world of blockchain. Some of the most popular use cases for blockchain technology thus far encompass everything from big finance and the rise of cryptocurrencies, to improved supply chain tracking—from freight and logistics to big pharma.

But there are handfuls of other use cases, all of which are proving to be equally as valuable in terms of helping industries solve clear pain points and improve efficiencies. One of the big ones is the idea of making better use of idle hardware and software. For example, Golem aims to leverage the collective power of computers all over the world, essentially allowing computer owners to rent out their unused CPU to create a “worldwide supercomputer.” This supercomputer can then be used by developers and software companies, leveraging this collective infrastructure to spearhead new products.

But while Golem is aiming to tap individual consumers, Akash, a blockchain-based cloud platform, wants to leverage the spare computing power of data centers and large-scale technology providers.

For companies like these, the most important cost is the cost of keeping the hardware running. In order for them to supply their service, they need to have plenty of computing power. As a result, they do not operate anywhere close to 100% capacity. Considering what blockchain technology is intended to solve for, and the impressive efficiencies that come with Smart Contracts, this is a massive problem that Akash sees requiring one simple solution: allow this idle computing power to be rented out.

How it works is companies that want to make use of these unused assets simply install the Akash agent onto the servers they want to add to Akash’s network. Once they’re registered, “tenants” can begin using this space as if they were computing data on their own servers. Within Akash, these servers are then listed and processed through an auction system wherein a user chooses their criteria, and providers programmatically bid on deployment, creating what Akash calls “a lease between tenant and provider, written to the blockchain.”

In short: Akash is to cloud computing what Airbnb is to home rentals.

By utilizing the Akash network, tenants pay providers tokens (based on auction price) for the hosting of their workload, essentially creating an ecosystem where hosting costs (seen through the price of the token) are driven by the economy—and not a handful of centralized entities, as is the case with current cloud providers.

This is arguably what makes Akash, and other blockchain-based platforms like it, so compelling. The real disruption isn’t in the use of the blockchain. It’s in the waves it makes within the larger cloud-based ecosystem. Right now, cloud providers set their prices, and there is nothing anyone can do about it. But on a decentralized blockchain, the cost is determined by the economy itself.

That’s technological disruption at its finest.

Ransomware Is No Joke: How to Protect Yourself Now

Albert “The Mortgage Guy” Preciado Has Made Selling Mortgages Cool. Here’s How